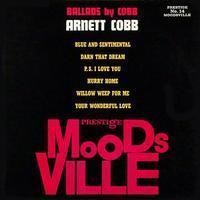 Mastered By Kevin Gray at Acoustech Mastering - Prestige Moodsvile No.14

5/5 Totally Chill Am a big Cobb fan and really enjoy listening to this after a long day of work. All ballads but many have a bluesy feel. The usual kudos to QRP - quiet pressing with lots of detail and rich tone. - LPReview

Part of the ultimate audiophile Prestige stereo reissues from Analogue Productions —50 of the most collectible, rarest, most audiophile-sounding Rudy Van Gelder recordings ever made.

Originally released in November 1960, Ballads by Cobb, as its title suggests, is all slow ballads, putting the emphasis on the Texas tenor’s warm tone.

A Texas tenor player in the tradition of Illinois Jacquet, Arnett Cobb's accessible playing was between swing and early rhythm & blues. His stomping, robust style earned him the title "Wild Man of the Tenor Sax."

Cobb spent most of the 1960s playing back in his native Texas but he returned to the national scene in 1973 and during his final 15 years engaged in many exciting tenor battles, showing that there were few tougher Texas tenors than the legendary Arnett Cobb.

Here, the Wild Man takes a smoother, more emotional approach. The album was recorded Nov. 1, 1960 by Rudy Van Gelder at his studio in Englewood Cliffs, N.J.. It was produced by Esmond Edwards.

One of the top Texas tenors, Arnett Cobb (1918-1989) had a large sound, a stomping style, and the ability to roar or purr, depending on his mood.
Born in Houston, Cobb originally played piano, violin, trumpet, and C-melody sax before settling on the tenor. He gained important experience playing in the territory bands of Chester Boone and Milt Larkin (1936-1942). Inspired by Illinois Jacquet, Cobb succeeded Jacquet in the Lionel Hampton Orchestra where during 1942-1947 he was the main soloist. His version of "Flying Home No. 2” was a hit.

But after creating a strong impression with his first solo sides and touring with his band, Cobb had an operation on his spine that knocked him out of action for a time. He made a comeback and worked steadily in the 1950s until a major car accident in 1956 crushed his legs. Cobb would have to use crutches for the rest of his life.
Despite this, Arnett Cobb made another comeback in 1959, still playing in peak form. During 1959-1960 he recorded six albums for Prestige and a ballads date for Moodsville. Blow Arnett, Blow has Cobb and fellow tenor Eddie "Lockjaw” Davis battling each other in explosive fashion. Smooth Sailing is a quintet outing with trombonist Buster Cooper and Party Time, recorded with a rhythm section led by pianist Ray Bryant, is highlighted by "When My Dreamboat Comes Home” and a memorable remake of "Flying Home.” Blue and Sentimental contains all of the music from Sizzlin’ and Ballads by Cobb, putting the emphasis on the tenor’s warm tone.

Cobb spent most of the 1960s playing back in his native Texas but he returned to the national scene in 1973 and during his final 15 years engaged in many exciting tenor battles, showing that there were few tougher Texas tenors than the legendary Arnett Cobb. 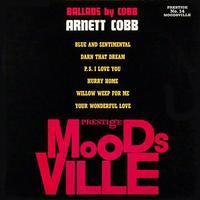