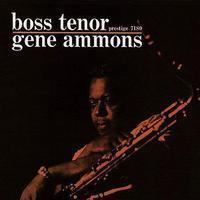 "Both are gorgeous impressions of soul, jazz and blues, brought together through the legacy of standards and new compositions. The tonality of Gene Ammons in particular is transfixing and it is with the stereo reissues from Prestige that Gene will get a lot of love with multiple titles scheduled for release. Booker Ervin was another great tenor sax player and his contributions to the Prestige vaults are timeless with Exultation!." — Erik Otis, Sound Colour Vibration

I just can't imagine a recording better than this. This is why you build your system.hoping to experience something like this album. Jaw dropping. 5/5 LP Review

50 of the most collectible, rarest, most audiophile-sounding Rudy Van Gelder recordings ever made.

For nearly a quarter-century, beginning in 1950, tenor saxophonist Gene Ammons (1925-1974) was among the brightest stars in the Prestige Records firmament. Whether leading or partaking in one of Prestige’s jam sessions, immersing himself in the organ-dominated blues and gospel grooves that in the 1950s came to be called “soul jazz,” or digging deep for heart-rending ballads, Ammons was multiply masterful. And in 1960, leading a quintet featuring the impeccable pianist Tommy Flanagan, plus Ray Barretto’s piquant congas, he produced the insuperable Boss Tenor.

From the blues that drips from “Hittin’ the Jug” and “Blue Ammons” to the infectious medium bounce of the standards “Close Your Eyes” and “Canadian Sunset,” and from the sophisticated swing of “Stompin’ at the Savoy” to the finger-poppin’ bop of “Confirmation” and the after-hours balladry of “My Romance,” Boss Tenor has something for everyone claiming to be a fan of modern jazz.

The great tenor saxophonist Gene Ammons was of the generation of swing-era players that easily adapted to bop. But though he was a modernist, Ammons maintained that breathy, old-school romantic approach to the tenor. Boss Tenor, a quintet session from 1960, is one of Ammons' very best albums. Ray Barretto's congas subtly add a bit of Latin spice, but otherwise this is a collection of standards rendered with a gorgeous late-night bluesy feel. Accompaniment by Tommy Flanagan, one of the best mainstream pianists ever, certainly doesn't hurt, either. A gem.

This relaxed, swinging quintet session from 1960  But it is among the finest, most rewarding music tenor great Gene Ammons (1925-74) ever made. Boss Tenor — easily confused with Boss Tenors , the 1961 Verve record Ammons cut with Sonny Stitt — is probably included here due to Ammons's enduring and unprecedented affiliation with Prestige. Ammons recorded over 50 albums for the label from 1950, around the time of the label's inception, until Ammons's death in 1974 (interrupted only by seven years in jail between 1962 and 1969). A warm, burnished, consistently recognizable tone always blew through Ammons's horn and the assured, identifiable manner he could scale ballads, blues, bop and r & b was always reliable and appealing.

Here, though, he is ideally teamed with the gracefully elegant and innately soulful pianist Tommy Flanagan, Prestige house bassist, Doug Watkins, and house drummer, Art Taylor, and with just the right amount of Latin spice, Ray Barretto's congas. The feel, less loose than many of the 1950s jam sessions that Ammons participated in, seems unusually well considered and as rehearsed as any Blue Note date. Ammons chooses well here too, glossing musically over Bird's "Confirmation," Bill Doggett's "Savoy" and easing lovingly through Rodgers and Hart's "My Romance" (ranking right up there with Ben Webster's classic interpretations). Two "hits" actually emerged from this record, making it one well worth acquiring: Ammon's soulful blues, "Hittin' The Jug," and a swinging rendition of the otherwise corny pop hit "Canadian Sunset."

A winner all the way around, and one of the definitive additions to Ammons's huge discography. 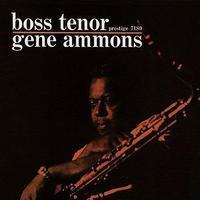