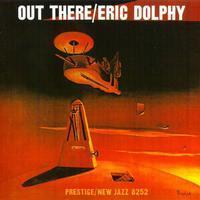 The recording and pressing are absolutely stellar.5/5 Sound LP Review

Originally released in 1960, Out There was the second album for Eric Dolphy after his time with Charles Mingus. The album features four Dolphy originals, one of which is a collaborative effort with Mingus. The album also contains three covers, "Eclipse" by Mingus, "Sketch of Melba" by Randy Weston and "Feathers" by Hale Smith.

In 1960, the free jazz pioneered by Ornette Coleman, Cecil Taylor, Horace Tapscott and a very few others was rejected by many musicians and most listeners. For the visionary saxophonist, clarinetist and flutist Eric Dolphy, it was simply new music fed by the mainstream, a logical extension of the jazz tradition. In Far Cry without leaving form behind, he incorporated the spirit of adventure and abandon with which free jazz at its best infused freshness into jazz. Recording with a pianoless quartet that used Ron Carter’s cello as the other melody instrument, Dolphy worked from chord patterns developed within structures that depart from ordinary 32-bar jazz and popular song forms. He used 30-bar, 35-bar and 18-bar structures, but he also observed standard practice with 12-bar blues, “Serene.” Dolphy’s speech-like improvisations and Carter’s bowed or plucked cello solos soar over the impeccable and responsive accompaniments of bassist George Duvivier and drummer Roy Haynes.

The follow-up album to Outward Bound, Eric Dolphy's second effort for the Prestige/New Jazz label (and later remastered by Rudy Van Gelder) was equally praised and vilified for many reasons. At a time when the "anti-jazz" tag was being tossed around, Dolphy's nonlinear, harshly harmonic music gave some critics grist for the grinding mill. A second or third listen to Dolphy's music reveals an unrepentant shadowy side, but also depth and purpose that were unprecedented and remain singularly unique. The usage of bassist George Duvivier and cellist Ron Carter (an idea borrowed from Dolphy's days with Chico Hamilton) gives the music its overcast color base, in many ways equally stunning and uninviting.

Dolphy's ideas must be fully embraced, taken to heart, and accepted before listening. The music reveals the depth of his thought processes while also expressing his bare-bones sensitive and kind nature. The bluesy "Serene," led by Carter alongside Dolphy's bass clarinet, and the wondrous ballad "Sketch of Melba" provide the sweetest moments, the latter tune identified by the fluttery introspective flute of the leader, clearly indicating where latter-period musicians like James Newton initially heard what would form their concept. Three pieces owe alms to Charles Mingus: his dark, moody, doleful, melodic, and reluctant composition "Eclipse"; the co-written (with Dolphy) craggy and scattered title track featuring Dolphy's emblematic alto held together by the unflappable swing of drummer Roy Haynes; and "The Baron," the leader's dark and dirty, wise and willful tribute to his former boss, accented by a choppy and chatty solo from Carter.

"17 West," almost a post-bop standard, is briefly tonal with a patented flute solo and questioning cello inserts, while the unexpected closer written by Hale Smith, "Feathers," is a haunting, soulful ballad of regret where Dolphy's alto is more immediately heard in the foreground. A somber and unusual album by the standards of any style of music, Out There explores Dolphy's vision in approaching the concept of tonality in a way few others -- before, concurrent, or after -- have ever envisioned. 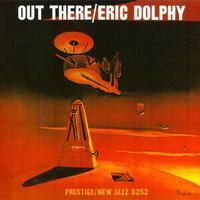