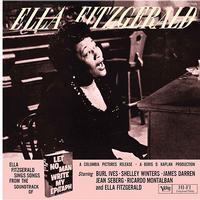 Since 1997, I've treasured Bernie Grundman's Classic Compact Disc remastering (out of print) of this great collection, initially recorded for the soundtrack of the film Let No Man Write My Epitaph (1960). Now that Chad Kassem's Analogue Productions has augmented the late George Marino's 45rpm remastering, made with the George Massenburg GML 20-bit A/D, with a stereo SACD/CD edition (not available at press time), silver-disc lovers can again enjoy the brilliance of Ella Fitzgerald in her prime, singing 13 great classics. Surprisingly, for a collection that includes Dorothy Fields and Jimmy McHugh's "I Can't Give You Anything But Love (Baby)," and Maxwell Anderson and Kurt Weill's "September Song," every close-miked, impeccably voiced performance catches Fitzgerald in a mellow mood. In the face of such great singing, arguments about the depth of her interpretations seem tantamount to Grinches bickering about how best to steal Christmas - Stereophile 2014 Records to Die For

"...these are all truly classic Verve titles that you simply don't want to miss...most importantly, the sound of these reissues is nothing short of astounding. Particularly the early Billie and Ella mono records are incredible treasures of sonic beauty. I'd definitely ask Santa for the whole set, or, if you want to cherry pick, the most classic titles. Whatever you decide, you owe yourself at least a half dozen!" Winner of a 2012 Positive Feedback Online Writers' Choice Award - Danny Kaey, Positive Feedback Online,

"I almost didn't review this review — after all, it was released by Analogue Productions on the same day as Ben Webster's Soulville ... But if Soulville was everything I hoped for, Epitaph is the over-achiever. Ella recorded a series of her 'greatest hits' for the soundtrack of this entirely forgettable movie, a few of which were used. Ella played a singing piano player, so she recorded the songs with only piano backing by Paul Smith. ... Recorded in 1960 at the United Western Recorders in Hollywood, which produced great sounding hits for everyone from Nat King Cole to the Beach Boys, this has always been recognized as one of Ella's best sounding records, and was released long ago by Classic Records. This new mastering by the late George Marino at Sterling Sound easily bests that earlier effort. Great music recorded during the golden age of recording at one of the great studios, mastered to perfection." — Recording = 10/10; Music = 10/10 – Dennis D. Davis, Hi-Fi+, Issue 104

Considered one of Ella Fitzgerald's greatest recordings, 1960's Let No Man Write My Epitaph finds 'The First Lady of Song' accompanied by Paul Smith (piano) on a fine collection of tunes that includes "I Cried for You," "Angel Eyes" and "My Melancholy Baby." The album hits at a depth of emotional understanding that critics often complained was missing in Ella's reading of jazz lyrics, and once again establishes her as one of the supreme interpreters of the Great American Songbook.

This album is a rare gem, a 1960 duo session featuring Ella Fitzgerald singing classic ballads, which she performed in the film Let No Man Write My Epitaph, with pianist Paul Smith as her sole accompanist.  While the fidelity is superb,  In any case, Ella's gift for capturing the essence of each melody is matched by Smith's flawless backing for her, especially in her powerful interpretation of "Angel Eyes" and the loping "One for My Baby (And One for the Road)." There's no doubt that the missing songs, which include "I Hadn't Anyone Till You," "Who's Sorry Now," and "I'm Getting Sentimental Over You,"

Analogue Productions has released a great collection of classics interpreted by one of the finest singers of all time. Let No Man Write My Epitaph (1960) features thirteen songs ostensibly (not all of these were included originally) from the film of the same name. This forgettable movie was a sequel to the crime drama Knock On Any Door (whose legacy includes the memorable line, “Live fast, die young and have a good-looking corpse”).

Accompanied by a sole pianist (Paul Smith), familiar standards are reinvented to reflect the melancholy nuances of Ella. And like her previous outing, Ella Sings Gershwin (1950), Fitzgerald is in peak form. The album opens with a bluesy piano intro to “Black Coffee”. Many people associate this composition with Sarah Vaughan or Peggy Lee, and now it is an Ella classic. Her melancholic, subtle delivery is matched by impeccable jazz phrasing. One of the most frequently recorded jazz/vocal numbers, “Angel Eyes”, has a near-mournful ambiance. Fitzgerald’s legendary vocal skills are enhanced by a meditative, winsome essence. Of course there are voice trills and modulations that remain timeless. Regardless of the familiarity in tunes like “I Can’t Give You Anything But Love”, “My Melancholy Baby” and “I’m Getting Sentimental Over You”, new life and a graceful sophistication transforms them into meditations.

For anyone uncertain about the Ella Fitzgerald mystique, all that is required is one listen to “One For My Baby (And One More For The Road)”. Smith’s atmospheric chords mesh perfectly with Ella’s compelling take on the ultimate “Three A.M.” tune. Her emotive tonality and wistful narrative elegance are nothing short of brilliant. The same languid fluency envelops “Then You’ve Never Been Blue”. Her voice and interpretive acumen are extraordinary. Each song is a distinctive rumination on love (“I Hadn’t Anyone Till You”, “Misty”), the passage of time (“September Song”) of heartbreak (“Who’s Sorry Now”). There is an aged mellowness, but the pitch, breath control and artistic flourishes are first-rate.

Analogue Productions has done a masterful job in re-mastering Let No Man Write My Epitaph  Paul Smith’s piano is crisp and full of texture. More importantly, the lead instrument (Fitzgerald’s voice) is captured with warmth and pristine detail (especially on the lower register vibrato). This is another landmark recording of an American institution. 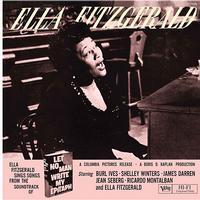