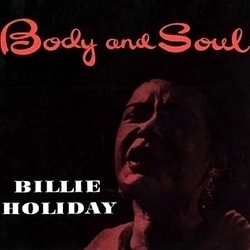 "...these are all truly classic Verve titles that you simply don't want to miss...most importantly, the sound of these reissues is nothing short of astounding. Particularly the early Billie and Ella mono records are incredible treasures of sonic beauty. I'd definitely ask Santa for the whole set, or, if you want to cherry pick, the most classic titles. Whatever you decide, you owe yourself at least a half dozen!" Winner of a  Positive Feedback Online Writers' Choice Award - Danny Kaey, Positive Feedback Online

Small jazz groups brought out the best in Billie Holiday, especially groups as good as the one heard on this classic 1957 recording. Ben Webster, Harry "Sweets" Edison, and the other members of this stellar ensemble were not just gifted soloists but sensitive accompanists as well.

Lady Day was rarely more ably supported than she was on this program of sturdy standards. More importantly, she rarely sounded more luminous.Never before has this standard-setting set sounded so amazing.

If ever there was anyone who had the right to sing these songs, then it must be Billie Holiday For who else has experienced the destruction of body and soul? No matter whether the injuries came from without or within: she could express her emotions and feeling in each and every song. Shortly before the end of her career - her personality had been destroyed through alcohol, drugs and failed relationships - she entered the Verve studio where she recorded the most moving versions ever of these eight songs.
Small jazz groups brought out the best in Billie Holiday; especially groups as good as the one heard on this classic 1957 recording.
On the programme in January 1957 were hits from musicals and popular evergreens from the era of swing. Was it the excellent accompanists that spurred Billie Holiday on? Or was it the relaxed atmosphere of the West Coast that made her feel at ease? Or did she realize that she had another chance to show off her talent once again? We, as listeners, can only speculate over that. But what we can be sure of is that "Body And Soul" bears witness to a broken soul and a maltreated body - and it will remain so for ever.
And just a word about the producer: Norman Granz deserves enormous credit for rescuing Billie Holiday from falling into oblivion by offering her an exclusive recording contract at the beginning of the Fifties, and remaining true to her right up until her death.

This session comes from close to the end of the line (1959) in the erstwhile swinging company of Barney Kessel on guitar, Ben Webster on tenor, and naysayers will be quick to point out that Lady Day wasn't in peak form here. But Billie Holiday with some of the platinum chipped off the pipes is still way better than a buncha finger-snappin' wannabes anyday. Her interpretations of the title cut, "Let's Call the Whole Thing Off," and "Darn That Dream" hold you in the palm of her hand with their gentle swing and the band support here is never less than stellar.  this session sound even cozier. The Lady sings and swings.

Mastered from the original master tapes at Sterling Sound this 45PRM edition is as close as anyone will ever get to hearing this emotionally riveting masterpiece come to life in the studio.

Practically guaranteed to command twice the amount of money on the aftermarket in a year! 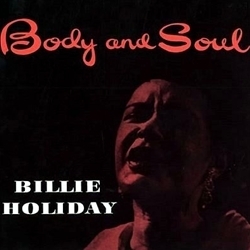