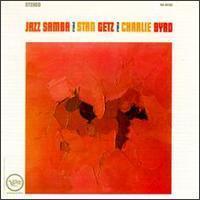 .these are all truly classic Verve titles that you simply don't want to miss...most importantly, the sound of these reissues is nothing short of astounding.Positive Feedback

Particularly the early Billie and Ella mono records are incredible treasures of sonic beauty. I'd definitely ask Santa for the whole set, or, if you want to cherry pick, the most classic titles. Whatever you decide, you owe yourself at least a half dozen!" Winner of a  Positive Feedback Online Writers' Choice Award - Danny Kaey, Positive Feedback Online,

"...This new two record 45 RPM issue was mastered by the late George Marino at Sterling Sound. It brings out a wealth of detail that allows the listener to sort out complex rhythms as never before. The reissue makes a clean original sound a bit distorted. A long out-of-print gold CD issued from DCC smoothed out the sound, but shaved off the high end bite of Getz's horn sound. Marino restored the top end and cleaned up everything else below. This is another indispensable reissue from Analogue Productions' Verve series." — Recording = 9/10; Music = 10/10 — Dennis D. Davis, Hi-Fi

The words "bossa nova" are often synonymous with the name Stan Getz. But North Americans might not have ever known the bright sound of bossa nova had it not been for Charlie Byrd. In 1961 Byrd returned from a tour of South America, where bossa nova music was thriving. The style was the invention of singer Joao Gilberto and songwriter Antonio Carlos Jobim - an adaptation of infectious Brazilian samba rhythms with the harmonic structures and "cool" surface of West Coast jazz.

Byrd brought back records for Getz to hear, they planned a session, and the result was Jazz Samba - the first album of true bossa nova music by jazz artists and the one that broke the bossa nova wave in 1960s America. Originally released in 1962. 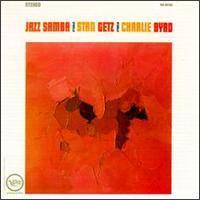