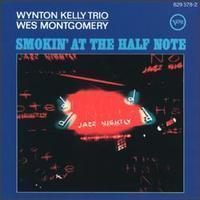 Mastered By George Marino  at Sterling Sound -  Pressed at QRP

"Widely considered one of Wes Montgomery's best sessions, and by some, one of the best jazz guitar recordings of all time, Smokin' was an easy choice to include in Analogue Productions Verve series. ... this new mastering from the late George Marino at Sterling Sound cleans up the sound as never before. ... this is an essential performance, in the best-sounding version available." —Recording = 8.5/10; Music = 10/10 — Dennis Davis, Hi-Fi +, Issue 103

"...these are all truly classic Verve titles that you simply don't want to miss...most importantly, the sound of these reissues is nothing short of astounding. Particularly the early Billie and Ella mono records are incredible treasures of sonic beauty. I'd definitely ask Santa for the whole set, or, if you want to cherry pick, the most classic titles. Whatever you decide, you owe yourself at least a half dozen!" Winner of a 2012 Positive Feedback Online Writers' Choice Award - Danny Kaey, Positive Feedback  2011

This is timeless music that has inspired innumerable jazz guitarists and aficionados. In fact, jazz guitar great Pat Metheny has said, "I learned to play listening to Wes Montgomery's Smokin' At The Half Note." Metheny additionally said that the solo on "If You Could See Me Now" is his favorite of all time.

This legendary session was recorded at a New York nightclub. It captures Montgomery at the height of his improvisational powers. Many consider it the best performance on record by one of the most inventive guitarists in jazz history.

Highlights include the Miles Davis opener, "No Blues" and the following track, Tadd Dameron's "If You Could See Me Now." And the album's versions of "Unit 7" and "Four On Six" have helped to establish these songs as jazz standards.

"The live side captures Montgomery's rich sound better than any other recording I've ever heard... The opener, a hot take on Miles Davis's 'No Blues' should get your adrenaline pumping and it should stay pumped throughout... [A] worthwhile addition to any vinyl collection — certainly one every Montgomery fan will want, both because of his playing and because of the accuracy with which Van Gelder captures his signature sound. It is absolutely sensational!... [T]he double 45rpm version from Analogue Productions cut by the late George Marino from the master tapes absolutely smokes the Speakers Corner version, good though it is. This is among the most exciting live recordings (side 1) and if your system is up to it, easily creates the illusion that Wes Montgomery has set up his guitar amp on the left side of your room and is playing just for you. It's that good! Beyond very highly recommended. It's a mandatory purchase!" - Michael Fremer, analogplanet.com, 9/10 Music, 10/10 Sound 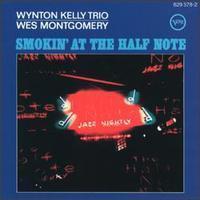