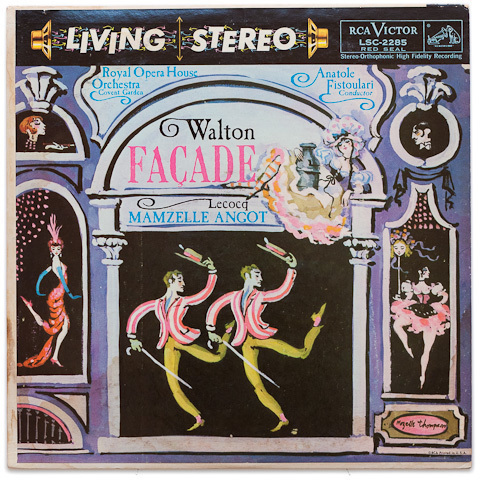 Anatole Fistoulari conducts the Royal Opera House Orchestra, Covent Garden performing Sir William Walton's Façade and Charles Alexandre Lecocq's Mamzelle Angot. Working with the Royal Ballet Orchestra in Covent Garden under Fistoulari, engineer Ken Cross and producer Michael Williamson created another Decca/RCA masterpiece. It's hard to know where to begin with a record this good. The top — the high end — of this recording is simply as well recorded as any RCA there is.

Undeniable transparency, snap, detail and body on cymbals, bells and woodblocks. The same virtues, along with the added virtue of harmonic richness extends into the midrange. Strings are sweet, diaphanous, transparent and a bit bright, without being irritating. Brass and woodwinds — which in this piece carry much of the thematic load — are particularly well reproduced.