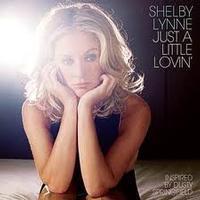 One of the most incredible sounding records we've ever heard. It's exactly what audiophiles dream about. A mixture of great music, great performances and a great recording - all with air to breathe. Show-stopping sound!

"For those of you without a turntable, it's arguable that the sound quality of the LP and this high-res edition are its main selling points. ... it's a sincere homage to one of the greatest vocalists of the 20th Century, and it works even for those who don't know Dusty's definitive versions. Exquisite stuff, including the lone original track, 'Pretend.'" — Ken Kessler, Hi-Fi News,

Originally released by Lost Highway Records in 2008, Just A Little Lovin' is Shelby Lynne's stirring, emphatic tribute to the late British singer Dusty Springfield. It is to date the highest charting album of Lynne's career, reaching #41 on the Billboard 200, thanks to such endearing renditions of Springfield classics like "You Don't Have To Say You Love Me," "I Only Want To Be With You" and "How Can I Be Sure" among others.  The set was even produced by the legendary Phil Ramone, the engineer for Springfield's original recording of "The Look Of Love." And on the heels of Analogue Productions' reissue of Dusty Springfield's Dusty In Memphis, which was namedStereophile's 'Recording of the Month' for February 2012, the timing couldn't be more perfect. An unparalleled mixture of great music, great performances and a great recording!

"For those of you without a turntable, it's arguable that the sound quality of the LP and this high-res edition are its main selling points. ... it's a sincere homage to one of the greatest vocalists of the 20th Century, and it works even for those who don't know Dusty's definitive versions. Exquisite stuff, including the lone original track, 'Pretend.'" — Ken Kessler, Hi-Fi News, November 2012

All I can say is THIS IS INCREDIBLE!!!!!! The sonics are spectacular and the pressing quality is as good as has ever been pressed in my opinion. The backgrounds are dead, black, silent the way Japanese pressings used to come on JVC "Supervinyl" and believe me it doesn't get any better than that, though this may even be richer, darker and blacker. Not only is the sound about as good as a recording can be, but it actually improves the performances, or at least the listener's perception of the performances. A certain hesitancy or sense of less than full, straight ahead musical grooving that seemed to prevent the original from blooming and flowing is now gone. You can relax into this and hear Lynne's performance with far greater clarity and rhythmic ease than before." - Michael Fremer, Music 9/10, Sound 11/10

Lynne and her producer Phil Ramone do right by the songs in stripping them down to their bare bones. Just a Little Lovin'is a marvel, Lynne’s intimate reading really makes you feel that indeed, a small amount of comfort and connection can indeed make a cruel, indifferent world manageable.

"Dusty Springfield was a soulful singer. You can't ever fill her shoes. So I just set out to sing songs we all want to hear again.The road map I followed when cutting these, was the one she made years ago. It was easy. I just sang and let the songs do the work. I'm so glad I did. Dusty inspired it all". -- Shelby Lynne, talking about the recording of the album:

Shelby Lynne has followed her own sometimes reckless, always adventuresome muse throughout her career. Just a Little Lovin' is her personal homage to the late, legendary Dusty Springfield. Nine of its ten cuts are inextricably linked to the late British vocalist whose sway Lynne came under years ago, but a chance conversation with Barry Manilow -- of all people -- led to the making of this record. Lynne doesn't attempt to sound like Springfield. She uses her own phrasing and rhythmic sensibility. Four cuts here come from the Dusty in Memphis period, as well as the title track to The Look of Love and some of her mid-'60s British hits that were not released in America.

All these songs, with the exception of the self-penned "Pretend," were recorded by Springfield. The album was recorded in the Capitol Records studio with Frank Sinatra's microphone and producer Phil Ramone. Lynne's aesthetic sense serves her well: most singers automatically shoot for "Son of a Preacher Man," but Lynne steers clear. She does, however, tackle some truly monolithic Springfield hits: "Just a Little Lovin'," "Breakfast in Bed," "Willie and Laura Mae Jones," and "I Don't Want to Hear It Anymore." Lynne's readings are close, intimate. They're understated but more direct. Ramone used a small quartet in guitarist Dean Parks, keyboardist Rob Mathes, drummer Gregg Field, and bassist Kevin Axt to give her that edge. Lynne's delivery takes these songs straight to the listener's belly. The taut but easy sensuality in her voice adds a very different dimension to them.

When she gets to the in-the-pocket feel of "Breakfast in Bed," she comes at the tune's subject with an up-front sexual expression -- Springfield's trademark vulnerability is willfully absent. A Rhodes and Parks' guitar give her plenty of room to pour out the lyric. "Willie and Laura Mae Jones" has a rough, swampy earthiness; Lynne adds her guitar to its sparse, slow growl. Springfield recorded this tome about interracial love when the subject was taboo in America. She made it palatable with her innocent delivery. Lynne gets at Tony Joe White's lyric with a bluesy toughness expressing incredulity toward injustice. Randy Newman's "I Don't Want to Hear It Anymore" carries inside it the trace of both Lynne's Southern homeland and her adopted West Coast residency. She can tell this heartbreaking tale as if it were her own while uncannily recalling Springfield's empathy.

Signature Springfield pieces such as "I Only Want to Be with You" are astonishing for their contrast. The bubbly, poppy original version is slowed here; it offers the impression of genuine surprise by an unsuspecting protagonist. The jazzy piano and Parks' lush guitar lines entwine perfectly. Springfield's version of "The Look of Love" has remained unchallenged for more than 40 years. Lynne doesn't even try. Instead she offers tribute. It's not as sultry as the original was, but feels honest and hungry in stripping off the lyric's mask with her voice. "How Can I Be Sure" by the Rascals -- cut as a British-only single by Springfield -- is startling: Lynne sings it accompanied only by Parks' guitar. It's a radical but fitting closer.

Just a Little Lovin' is the finest tribute Springfield has ever received on tape. That such a fine singer and songwriter interpreted her in such an empathic and sophisticated manner is respect personified. Ramone's care with the project is, as usual, celebratory. The multidimensional persona Lynne usually displays on her records is still here in spades. Her diversity, confidence, and wide-ranging ability are the standard to aspire to.

• Stereo/Multi-channel SACD • This Hybrid SACD is playable on ALL CD Players! 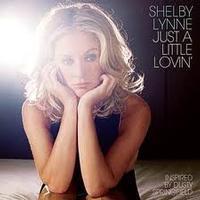