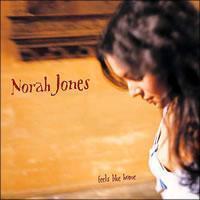 Norah Jones is the rare artist who has combined widespread critical acclaim with immense commercial success, winning nine Grammy Awards and selling 40 million albums in just a decade, while collaborating with artists from across the musical spectrum of jazz to hip hop to rock and country! Her pitch perfect voice combined with her choice of the finest musicians along with top-flight producers such as Arif Mardin, Danger Mouse and Jacquire King have made her releases go-to demonstration discs for audiophile stereo systems.

Now ten years into her already impressive career, she is releasing her fifth studio album Little Broken Hearts, produced by and co-written with five-time Producer of the Year Grammy nominee Danger Mouse, and to celebrate, Blue Note Records and Analogue Productions are collaborating to re-issue her entire catalog on limited edition audiophile 200g LP and Hybrid SACD editions.

The Hybrid SACD editions of the five albums, 2002's Come Away With Me, 2004's Feels Like Home, 2007's Not Too Late, 2009's The Fall and Norah's new album Little Broken Hearts, have all been re-mastered from the original sources by Kevin Gray at Cohearant Audio.

Norah Jones took the world and the Grammy Awards by storm with her 2002 debut album Come Away With Me. 2004's Feels Like Home thusly became one of the most-anticipated follow-ups in recent memory and it didn't disappoint. Debuting at #1 on the Billboard 200, the Grammy nominated 13-song set finds Jones once again teaming with producer Arif Mardin, engineer Jay Newland and her close-knit touring band. Her resulting pop, jazz, and country-tinged signature sound has never been presented richer than it is here!

In addition to a handful of originals from Jones and her bandmates including the Grammy-winning track "Sunrise" for Best Female Pop Vocal Performance and Grammy-nominated "Creepin' In" with Dolly Parton for Best Country Collaboration with Vocals, Feels Like Home also features covers of material from the likes of Townes Van Zandt (“Be Here To Love Me”), Tom Waits & Kathleen Brennan (“The Long Way Home”) and Duke Ellington (“Melancholia”), which she wrote lyrics to and retitled “Don’t Miss You At All.” 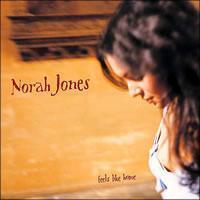