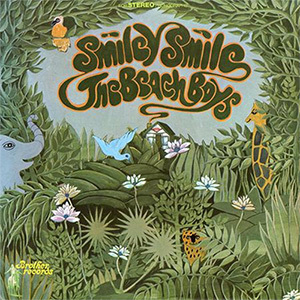 "History will never respect this album because of the mythical status of Smile, of which this is the compromised surrogate issued in 1967. The Smile tracks were spread out over later LPs and a reconstruction of what it might have been appeared in 2004, but this is still something special: it contains, after all, 'Heroes And Villians,' 'Vegetables,' 'Good Vibrations,' 'Wind Chimes' and 'Wonderful,' — five tracks from the Smile project. This album is simply gorgeous and superior to much of the highly-praised dreck of the era. Who still listens to the inane After Bathing at Baxter's? " Sound Quality = 92% — Ken Kessler, HiFi News, January 2017
The ultimate pressings of the Beach Boys discography from Analogue Productions!
Stereo mixes produced by Mark Linett and Alan Boyd / Mixed by Mark Linett
Mono mixes created under Brian Wilson's supervision
Audio production — Mark Linett
For Brother Records — Elliott Lott
Mastered by Kevin Gray at Cohearent Audio, most from the original master tapes
Hybrid Stereo/Mono SACD plays in both CD and SACD players, as well as all SACD-compatible DVD players
"These are the best sounding and best-looking versions of the Beach Boys records that have ever been produced. We want everything about these to be better than the original."
A musical legacy that began in Hawthorne, California and went on to conquer the world. Analogue Productions presents the ultimate pressings of 14 essential Beach Boys albums!
Mastered by Kevin Gray, most from the original master tapes, now presented on Hybrid Stereo/Mono SACD, these are awesome recordings to experience.
For the early part of the Beach Boys career, all of their singles were mixed and mastered and released only in the mono format. Hits were made on AM radio in mono. And the mono of those times worked well for Brian Wilson — famed co-founder, songwriter and arranger — who suffers from partial deafness. The mono mixes were where Wilson paid intense attention, and the dedication paid off!
We’ve taken 10 of the most classic, best-sounding Beach Boy titles ever and restored them to their mono glory!
Still, there’s no disputing that the close harmonies and one-of-a-kind rhythms of hits like “Surfer Girl,” “In My Room,” “Little Deuce Coupe” and more lend themselves naturally to stereo. So we’ve got your 2-channel needs covered with prime stereo mix versions as well.
The stereo editions of Surfin' USA, Surfer Girl, Little Deuce Coupe, Shut Down Vol. 2, All Summer Long, Beach Boys Christmas Album and Beach Boys Concert were all mixed in stereo by their own preferred engineer, Chuck Britz, ostensibly under the group's supervision.
"Brian may or may not have been present for those mixing sessions — evidence suggests that he trusted Chuck's skills enough to let him prepare those mixes on his own - but the group held onto their multitrack tapes and delivered stereo masters to Capitol, rather than allowing Capitol to prepare their own stereo versions. Later, when Brian was only delivering mono masters, Capitol would prepare the Duophonic pseudo stereo editions for the stereo market," says Alan Boyd, producer and Beach Boys' archivist.
All of the newer stereo mixes on these remastered albums (The Beach Boys Today!, Summer Days (And Summer Nights!!), The Beach Boys' Party, Pet Sounds and Smiley Smile) were all done by Mark Linett on behalf of the Beach Boys.
"After the much-discussed, uncompleted Smile project — which was supposed to take the innovations of Pet Sounds to even grander heights — collapsed, the Beach Boys released Smiley Smile in its place. (To clarify much confusion: Smiley Smile is an entirely different piece of work than Smile would have been, although some material that ended up on Smiley Smile would have most likely been used on Smile. Also, much of Smiley Smile was in fact recorded after the Smile sessions had ceased.),"
For fans expecting something along the lines of Sgt. Pepper (and there were many of them), Smiley Smile was a major disappointment, replacing psychedelic experimentation with spare, eccentric miniatures. Heard now, outside of such unrealistic expectations, it's a rather nifty, if rather slight, effort that's avant garde in the extreme. "'Wind Chimes,' 'Wonderful,' 'Vegetables,' and much of the rest is low-key psychedelic quirkiness, with abundant fine harmonies and unusual arrangements. The standouts, nonetheless, were two recent hit singles in which Brian Wilson's ambitions were still intact: The inscrutable mini-opera 'Heroes and Villains,' and the number one hit 'Good Vibrations,' one of the few occasions where the group managed to be recklessly experimental and massively commercial at the same time."
1.   Heroes And Villains
2.   Vegetables
3.   Fall Breaks Back To Winter (W. Woodpecker Symphony)
4.   She’s Goin’ Bald
5.   Little Pad
6.   Good Vibrations
7.   With Me Tonight
8.   Wind Chimes
9.   Getting’ Hungry
10.   Wonderful
11.   Whistle In 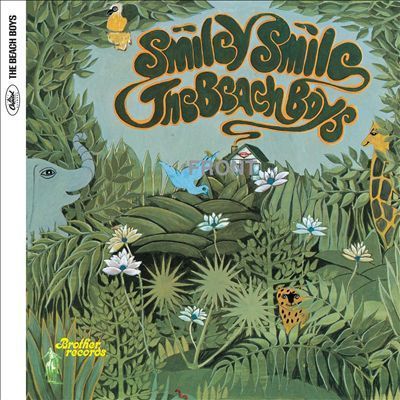