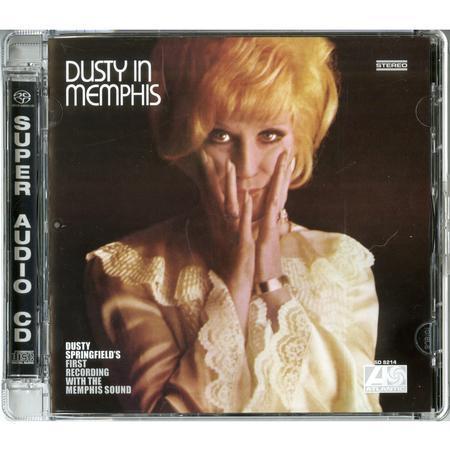 "As with Tommy — both albums date from 1969, by the way — this is a title re-released so often that it would be embarassing if it didn't deserve it. I have at least seven versions, and to my ears, this SACD is arguably the best-sounding after this label's LP edition. All you have to do is listen to the space around the instruments on 'Son Of A Preacher Man,' the way the brass builds, the massed vocals and Dusty's inimitable voice, to hear its worth. As if it weren't a 'sexy'-sounding song to begin with, here it borders on the salacious. Dusty's way with 'The Windmills Of Your Mind' delivers more chills-down-the-spine than before." Sound Quality 90% — Ken Kessler, Hi-Fi News, May 2014

Originally released in 1969, Dusty In Memphis is one of the most landmark albums ever recorded. It's reputation is legion. Always graced with an exceptional voice, celebrated British singer Dusty Springfield came into her own on this soul classic, laden with sexual honesty and sublime passion.

An audiophile classic for more than four decades, it's also never sounded better than on this SACD or 200g 45RPM 2LP version, mastered from the original master tapes.

Produced and arranged by Aretha Franklin's production and arrangement team of Jerry Wexler and Arif Mardin, and engineered by Tom Dowd, Dusty In Memphis features definitive cuts such as "So Much Love," "Son of a Preacher Man," "Breakfast in Bed," "Just One Smile" "I Don't Want to Hear About It Anymore," and "Just a Little Lovin." Ironically, Springfieldwas so afraid once she came face-to-face in Memphis with the very musicians that recorded with Franklin and Otis Reddingthat her vocals were actually overdubbed in New York.

No matter; Dusty In Memphis is true Southern soul, a pop masterpiece that has inspired countless tributes and incessant praise. Inspired, timeless, and transcendent this record belongs in every collection, especially those that value flawless vocal techniques and stunning deliveries. Springfield gets into the deep crevasses of every song, and Analogue Productions' vinyl set makes clear every last note, breath, and chord.

Find out why Dusty In Memphis has long been at the top of myriad audiophile lists by rediscovering it on the best pressing ever made.

"Born in London, Springfield was a great soul singer hidden inside a white British pop queen — racking up Motown-style hits such as "I Only Want to Be With You" — when Atlantic producer Jerry Wexler brought her way down South, to Memphis, to make this album. She was so intimidated by the idea of recording with session guys from her favorite Aretha Franklin and Otis Redding hits that she never sang a note there. Her vocals were overdubbed in New York. But the result was blazing soul and sexual honesty ("Breakfast in Bed," "Son of a Preacher Man") that transcended both race and geography." - www.rollingstone.com

"Dusty In Memphis" was picked as the #9 coolest record of all time in the April 11, 2002 issue of Rolling Stone 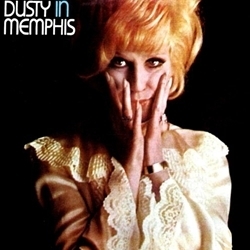