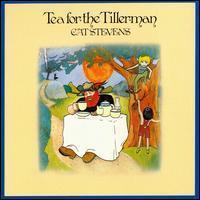 The sound on this disc is absolutely fabulous. Very clear with good depth of tone and not the least bit harsh. This disc has an analogue warmth. It's everything I always enjoyed in the vinyl version and then someSound 5/5  Audio Review

Mastered by George Marino at Sterling Sound from the original analog master tapes to vinyl and PCM. The DSD was sourced from the PCM. George listened to all of the different A/D converters he had before he chose which to use, and he felt the George Massenburg GML 20 bit A/D produced the best and most synergistic sound for the project.

A folk-pop landmark immediately recognized the world over by its title alone, Tea for the Tillerman has forever been an audiophile reference record, but never before has anyone experienced it on digital format with such detail, enhanced signal-to-noise ratio, transparency, frequency extension, and just plain life-like richness that's afforded here.Everything from Cat Stevens' prized vocals to the cymbal crashes is rendered with jaw-dropping realism. As you might expect, no expense was spared in getting everything right.

Mastered from the absolute original analog master tapes at Sterling Sound by iconic engineer George Marino, who consulted the original mastering notes at Sterling Sound, where the initial release was also mastered and cut, the music on this version was cut utilizing an Ampex ATR-102 tape machine, Neumann VMS 80 lathe, and Neumann SX 74 cutterhead, all impeccable devices. No wonder Marino feels like he's struck gold.

"I think we've gotten something quite a bit better than what was originally issued," Marino says, talking about the mastering process. "I think this version is much more representative of what was on the tape. And that's not a criticism of what was originally done." He also notes that, in the time that's elapsed since the original record was released, advancements in cutting lathe technology made myriad improvements possible.

"You didn't have the same number of options that you have in the new Neumann electronics. With the new one, they give you more variations to work with. Let's say there's a nice kind of present sounding acoustic guitar on the left channel and then all of the sudden there's a drum peak with cymbal crashes and stuff and that stuff happens to be on the left channel. Being the vocal is down the center, you can drive the high frequency limiter from the right channel. So you can set a threshold on the right channel and grab the vocal without wiping out some of the musical peaks on the left channel."

Marino also employed a wide-track stereo head for better signal-to-noise ratio and couldn't be more pleased with the finished product. "A great record. A classic. And those tapes were in excellent, excellent condition. Musically, I think we've got something that sounds richer and more natural. It sounds more correct. I had to do very, very little to the tape regarding EQ processing or anything."

For those that don't know, Stevens' highly regarded Tea for the Tillerman came only seven months after the start of his comeback with Mona Bone Jakon. Its arrangements, performances, and songs are all enveloped in a confident grace and beauty. Stevens pulled off a rare feat with Tea for the Tillerman in that he achieved pop accessibility without having to sacrifice artistic relevance.

"With its chamber-pop arrangements, Tea for the Tillerman is one of the British folkie's most ambitious albums. Both the hit single "Wild World" and the bleak ballad "Hard-Headed Woman" find him condemning his ex, Patti D'Arbanville—who later shacked up with Mick Jagger." --Rolling Stone, 500 Greatest Albums of All Time,

Cat Stevens Tea for the Tillerman 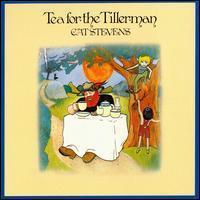