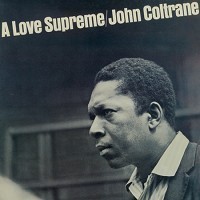 The Analogue Productions mastering is the SACD version of this to own -- clearly and obviously superior to older CD and SACD versions. For once the sound is open, uncompressed, and natural rather than processed sounding.-5/5 ReviewCd

Right from the very first hearing, absolutely every single jazz critic shared the same opinion - whether trained musicians or not, true or would-be jazz expert: A Love Supreme is John Coltrane's most important recording.

And the rave reviews which appeared in the magazines Downbeat, Jazz Hot, Jazz Podium and Swingjournal reflected this: critics all over the world, in America, Europe and Japan recognized that Coltrane's deep religious belief had influenced both his approach to life and his music-making.

It not only enabled him to express himself with great intensity but also lent him the necessary inner peace to conceive a work of almost 40 minutes in length and to lead his quartet along the same path as himself.

"Two important things happened to Coltrane in 1957: The saxophonist left Miles Davis' employ to join Thelonious Monk's band and hit new heights in extended, ecstatic soloing. Coltrane also kicked heroin addiction, a vital step in a religious awakening that climaxed with this legendary album-long hymn of praise. The indelible four-note theme of the first movement, "Acknowledgment," is the humble foundation of the suite. But Coltrane's majestic, often violent blowing (famously described as "sheets of sound") is never self-aggrandizing. Aloft with his classic quartet (pianist McCoy Tyner, bassist Jimmy Garrison, drummer Elvin Jones), Coltrane soars with nothing but gratitude and joy. You can't help but go with him." - www.rollingstone.com

The first section, entitled "Acknowledgement", has a forceful bass line which runs throughout the whole work. The powerful sound increases in intensity, whereby the bass motif undergoes constant modulation, with John Coltrane's meditative singing creating immense tension. In "Resolution" Coltrane's powerful, quasi hymn-like expression comes to the fore, with McCoy Tyner achieving equal intensity in his solo. "Pursuance", with its density, quick-as-lightning runs and block chords, gives us a taste of John Coltrane's later 'free' phase. "Psalm" is filled with the famous, almost static melodies rather like a fervent prayer which are so typical for John Coltrane. "A Love Supreme" has been a faithful companion and teacher of generations of saxophonists and its message goes way beyond music and is still valid today.   • Stereo SACD • Original Impulse Label Recording • This Hybrid SACD is playable on ALL CD Players!

A Love Supreme is the essential document of the genius of John Coltrane and remains one of the most important and influential jazz records ever made. The four-part suite finds Coltrane yearning for spiritual and musical freedom while coalescing the hard bop sensibilities of his early career with the free jazz style that he would adopt later on. 'Trane is without a doubt an artist whose sincerity and integrity shines through his work and A Love Supreme is as genuine and fully realized as they come. 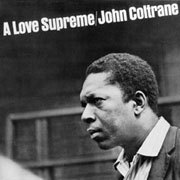