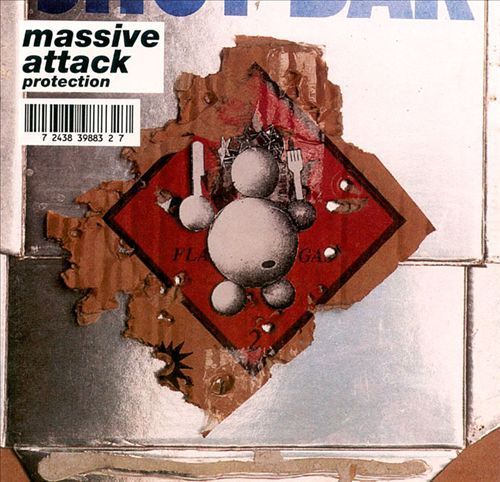 Massive Attack's sophomore effort could never be as stunning as Blue Lines, and a slight drop in production and songwriting quality made the comparisons easy. Still, from the first two songs Protection sounds worthy of their debut. The opening title track is pure excellence, with melancholy keyboards, throbbing acid lines, and fragmented beats perfectly complementing the transcendent vocals of Tracey Thorn (an inspired choice to replace the departed Shara Nelson as their muse). Tricky, another soon-to-be-solo performer, makes his breakout on this record, with blunted performances on "Karmacoma," another highlight, as well as "Eurochild."