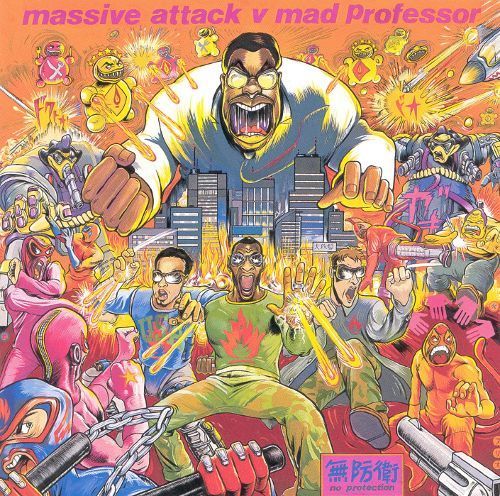 The British Trip Hop Trio Massive Attack needs little explanation. Now their first two studio albums and their remix album are finally available again on 180g vinyl: Blue Lines including the hit »Unfinished Sympathy and Protection, which gave them a BRIT Award, as well as No Protection« With Mad Professor

Protection was widely considered a disappointing follow-up to Massive Attack's groundbreaking debut, Blue Lines. Where their debut bent all of the conventional hip-hop, dub reggae, and soul rules, Protection essentially delivered more of the same. Perhaps that's the reason why Mad Professor's remix of the album, No Protection, was welcomed with open arms by both Massive Attack fans and critics. Mad Professor has returned the group to their experimental, cut-and-paste dub reggae and hip-hop roots. He has gutted the songs -- twisting and reassembling the vocal tracks, giving the songs deeper, fuller grooves and an eerily seductive atmosphere. In other words, he has made Protection into a more daring and fulfilling album with his remixes