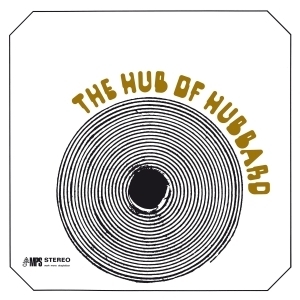 Over four decades later in fine remastered sound on 180Gvinyl, this band cooks. Freddie was in fine form at the peak of his powers in 1969. He could blow with the best of trumpeters at that time, both blisteringly hot with rapid-fire choruses, and with a burnished lyrical warmness on ballads. This was Eddie Daniel’s first recording with Freddie and he acquits himself well as a foil for Hubbard. Fans of Freddie Hubbard in his prime will find much to like on this audiophile-quality LP reissue. Sound 4/5 Audiophile Audition

I can’t imagine any digital version of this recording sounding better than this AAA LP, and Hubbard fans shouldn’t hesitate to pick it up. It sounds fuller and more three-dimensional, and more accurately captures the essence of the performances.-  Soundstage

The Sound The mastering and pressing of this LP are well above the audiophile average.  These MPS Euro pressings are somewhat warm, which agrees with me.  The original recordings, while not the equal of van Gelder’s best, are better than van Gelder’s worst; if you’ve listened to a lot of RVG’s recordings, you know what I mean.  They are a touch dark, owing to the electronics used, with good bass and dynamics.  The reverb, while similar to Creed Taylor’s ‘70s sound, is much less overbearing and more tasteful. The reverberation excess of Creed Taylor Incorporated gave us mostly atmosphere, and very little detail. If you are a casual Freddie Hubbard fan, you’ll enjoy this record.  If you enjoy hard-bop, ditto.-  Dagogo Review

“The Hub of Hubbard” presents trumpeter Freddie Hubbard with his quintet at an important crossroads in his career.

The recordings will also be available as reel-to-reel tapes .

Side 1
Without a Song
Just One of Those Things

Side 2
Blues for Duane
The Things We Did Last Summer