can be shipped within DEC PRE ORDER days 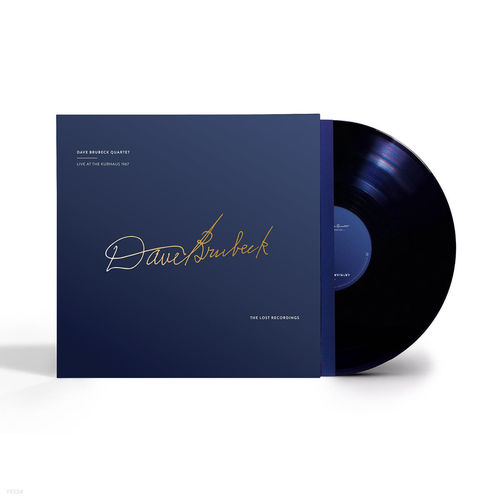 £64.99
Price includes VAT, plus delivery
Possible delivery methods: UK Tracked with Signature, UK Express, Airmail Tracked with Signature, UK Standard, Heavy Item
Remastered from the original analog tapes
Lacquers cut by André Perriat
Printed and pressed in Germany
At the time of one of their last concerts in 1967, the Dave Brubeck Quartet had already been in existence for 16 years, in more or less the same formation. That's how well the four of them know each other! It was at the Black Hawk night club in San Francisco that Dave and Paul made their debut.
Their trademark: to break down racial barriers against which they will fight without restraint, even in the most extreme period of McCarthyism, and to make jazz accessible to the greatest number of people, by revisiting ballads, popular songs or great themes of classical music. But above all, they developed an almost infinite variety of complex rhythms. In Scheveningen, on the evening of October 24, 1967 the Dave Brubeck Quartet was more than just a jazz band. Brubeck was the ambassador of American music in Europe.
Recorded at the Kurhaus, Scheveningen, Oct. 24, 1967.
Musicians:
Dave Brubeck, piano
Paul Desmond, saxophone
Eugene Wright, bass
Joe Morelleo, drums
Record 1
Three to Get Ready
La Paloma Azul
Cielito Lindo
Swanee River
Forty Days
Record 2
Blues for Joe
Rough Old Man
Take Five
Someday My Prince Will Come