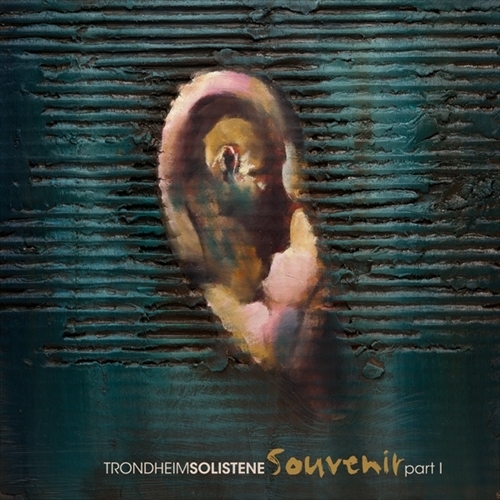 SOUVENIR was nominated for the 55th GRAMMY Awards as Best Engineered Album 2012
Pyotr Ilyich Tchaikovsky (1840–1893): SERENADE for Strings
Carl Nielsen (1865–1931): SUITE for String Orchestra
American Record Guide about this recording: "2L’s sonic realism simply trounced my two favorite recordings up until now--Munch and the Boston Symphony on RCA, and Barbirolli and the London Symphony on EMI; they sounded veiled and muddy by comparison, especially the inner and lower voices. Yet the Trondheimers are just as convincing in their interpretative sensitivity and emotional engagement
How do we listen to music? Indeed, how do we listen to anything? What we as listeners encounter here is sheer auditory bliss. TrondheimSolistene take a new step towards bridging the gap between themselves and their audience. It is not the gap between the live performance and the recording which they attempt to close. It is the gap between the recording and the living, ever open human ear.
"Through its dynamic co-operation TrondheimSolistene (the Trondheim Soloists) and 2L has always sort to stretch the boundaries of what is possible to convey to the listener, aiming for the ultimate recorded listening experience. With the Serenade the team has taken things one step further with the TrondheimSolistene truly justifying their name. By placing each individual next to someone from a different voice rather than sitting in conventional sections we are working at the very outer limits of what is possible and creating chamber music at the highest level" - Øyvind Gimse, 2012.
We allocated two weeks in 2011 to record this new album. Artistic director Øyvind Gimse and his associate Geir Inge Lotsberg initially chose two pieces that represent, in their estimation, "the most beautiful music ever composer for the string orchestra": Tchaikovsky's Souvenir de Florence and his Serenade for Strings. Aiming for a 90 minutes program left 30 more minutes to record. So the orchestra and 2L logged on to Facebook and asked the listeners worldwide what they'd like to hear. And the audience responded: Nielsen's Suite Opus 1. A little gem that would exploit the Trondheim Soloists' singular way with Nordic repertoire.
Inspired by Morten Lindberg's extensive work with choral music, the Tchaikovsky's SERENADE was recorded with the ensemble placed in mixed voices, meaning no one is sitting beside anyone playing the same part, creating a totally new soundscape to the music. Carl Nielsen's SUITE opus 1 is recorded in a more "traditional" way in these sessions.
The Strad RECOMMENDS: "It's certainly an enveloping audio experience, and one that is justified by the sheer panache of the TrondheimSolistene's fiery playing in both familiar Tchaikovsky and the welcome airing of rarer Nielsen. The group's name might suggest competing egos, but these are of chamber music writ large - literally so in the bulked-up adaption of the Florentine sextet - and with the kind of unanimity of attack and unified expressive intent that belie the lack of a conductor." - Matthew Rye, The Strad Magazine.
TrondheimSolistene (The Trondheim Soloists) are regarded as one of the top chamber orchestras in the world. Their DIVERTIMENTI and FOLK STYLE were both nominated for a total of five American GRAMMY Awards in categories "Best Small Ensemble", "Best Engineered Album" and "Best Surround Sound Album". The music captured by 2L features Norwegian composers and performers, and an international repertoire reflected in the Nordic atmosphere. The surround sound recordings of Lindberg Lyd not only transforms the entire listening experience, more radically, these innovative recordings overturn some very basic concepts regarding how music is played and even composed. 2L emphasizes surround sound with Pure Audio Blu-ray and HiRes file distribution, and have garnered no less than 14 American GRAMMY nominations over the past six years.
1.   Tchaikovsky, Serenade For Strings Op. 48: I. Pezzo In Forma Di Sonatina
2.   Tchaikovsky, Serenade For Strings Op. 48: II. Walzer
3.   Tchaikovsky, Serenade For Strings Op. 48: III. Elegie
4.   Tchaikovsky, Serenade For Strings Op. 48: IV. Finale
5.   Nielsen, Suite For String Orchestra Op. 1: I. Prelude
6.   Nielsen, Suite For String Orchestra Op. 1: II. Intermezzo
7.   Nielsen, Suite For String Orchestra Op. 1: III. Finale
Direct Metal Master 180g audiophile grade vinyl from original DXD (352.8kHz/24bit) recording