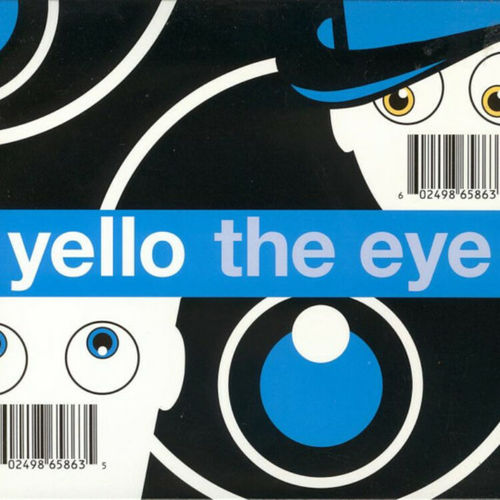 “The Eye”, the eleventh YELLO album, released in 2003, contains fan favourites such as “Planet Dada”, “Tiger Dust” and “Indigo Bay”

. In 2021 the album will now finally be released on vinyl for the very first time, as a 180g double LP in the original artwork with an additional four-page booklet including liner notes, rare photos and limited to a one-time reissue edition.

The Eye, it's no surprise that a lot has changed; unfortunately, Yello hasn't changed enough to stay ahead of the times, and consequently all of the electronic experimentalists who owed a debt to this innovative band have since shot far past, bringing far more bizarre sounds into the mainstream. Most of the material here is undeniably Yello,