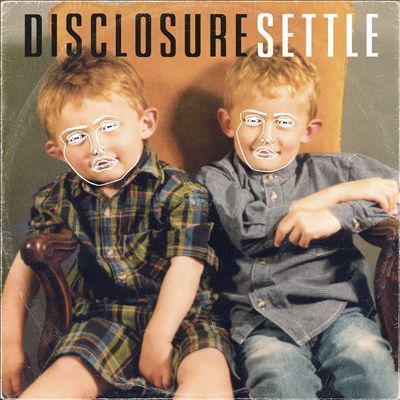 £22.99
Price includes VAT, plus delivery
Possible delivery methods: UK Tracked with Signature, Airmail Standard, UK Express, Airmail Tracked with Signature, UK Standard, Heavy Item
Surrey's Guy and Howard Lawrence draw from several styles and sub-styles of dance music -- house, garage, dubstep, bass -- and add pop appeal on Settle, their first album. The Lawrences began humbly with MySpace uploads of scruffy, sampling-enhanced dubstep tracks, but they quickly accelerated to making lustrous, impeccably assembled tracks with varied vocalists. Between October 2012 and April 2013, the duo released a trio of singles that fared no worse than number 11 on the U.K. pop chart: the soaring shuffle-tech of "Latch" (with a bursting, almost overdone lead from Sam Smith), the undeniable crossover house track "White Noise" (a perfectly timed partnership with upcoming duo AlunaGeorge), and the rush-inducing so-called future garage of "You & Me" (featuring Eliza Doolittle, something of a sequel to their fine remix of Jessie Ware's "Running"). Those hits appear here. Without them, the album would still be generous. Few tracks, however, will appease those who bemoaned the duo's departure from relying on sampled and treated vocals. The sluggish "Second Chance," where a downcast Kelis line dissolves into mush, and the rattling "Grab Her!" -- its refrain pinched from Slum Village -- are no match for past sample-heavy delights like "Carnival," "Flow," or "What's in Your Head." The new vocal cuts are either near the level of the hits or are merely pleasant. Howard Lawrence's lead turn on "F for You" approaches the sweetness of Scritti Politti's Green Gartside.
Teenaged Sasha Keable sounds wise beyond her years on "Voices," one of the album's deeper house tracks ("I tried to dismiss what you taught me"). London Grammar's Hannah Reid has the unenviable task of following Doolittle, Jamie Woon, and Jessie Ware but delivers one of the most heartrending leads on "Help Me Lose My Mind." Like the closing songs on the first three Basement Jaxx albums, the song initially comes across as an insignificant finale but gradually bubbles to the top as a discreet highlight. Considering all the shrewd alliances and its polished attack, Settle seems like it was designed to be 2013's acceptable dance album. That said, any purist who denies its pleasures is a crank.