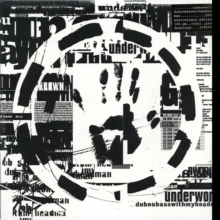 From the beginning of the first track "Dark & Long," Underworld's focus on production is clear, .

The best tracks ("MMM Skyscraper I Love You," "Cowgirl") mesh Hyde's sultry songwriting with Emerson's beat-driven production, an innovative blend of classic acid house, techno, and dub that sounds different from much that preceded it. In a decade awash with stale fusion, Underworld are truly a multi-genre group.

'The most important album since The Stone Roses and the best since Screamadelica ... a breathtaking hybrid that marks the moment that club culture finally comes of age and beckons to everyone' Melody Maker

Two decades on from its release in 1994, the Melody Maker s statement about the stunning Dubnobasswithmyheadman is truer than ever. Put simply, it is one of the most influential British electronic records of all time.

To celebrate its twentieth anniversary the album has been meticulously remastered at Abbey Road for a deluxe reissue by Underworld s Rick Smith from the original MIDI files. The resultant release is the definitive-sounding version of one of those rare records that truly deserves its iconic status.