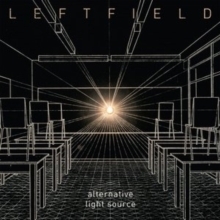 Smashing onto the scene in 1989, the 90s saw Leftfield carve themselves a niche in progressive dance, their success snowballing alongside contemporaries like Orbital, Underworld and Chemical Brothers, breaking electronic music from the depths of the underground, onto the stage and blasting into the charts.
20 years after the Mercury nominated ‘Leftism’, 16 years after that album’s Number One charting follow-up and five after reviving the name for a series of live shows, Neil Barnes has brought Leftfield back to the very centre of modern electronic music