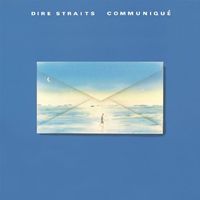 While I always found the CD somewhat sterile, this vinly left me with eyes closed and the sound of Knophler's guitar singing in my ears.- 5/5 Recordreview

Communique is the 1979 follow-up to the group's surprisingly successful debut album. The sophomore album entered the German charts at number one in its first week and reached gold status in the U.S.

Follow-Up to Their Self-Titled Debut, Communique is One of the Most Under-Rated, Over-Looked Albums of All Time!
Mastered from the Original Analog Tapes for Supreme Fidelity!  : Best-Sounding Version of This Album You'll Ever Hear!
On their 1979 sophomore release Communique, Dire Straits continue to refine their pub-rock aesthetic with an unpretentious set of melancholy rock tunes. Mark Knopfler's penchant for cynical characters is further developed on tracks like "Where Do You Think You're Going" and "News," while the presence of Jerry Wexler at the production helm ensures that the rest of the band keeps the rhythms extra tight.
Part of the reason for the band’s uniqueness owes to its clean, vibrant sound. Just as Knopfler’s narratives reflect poetic and surrealist texts, the group’s arrangements - an intoxicating combination of easygoing shuffles, bluesy boogies, and pop-honed ballads - mirror the old-fashioned soulfulness and spaciousness inherent in the classic recordings of the late 50s and early 60s. It’s no wonder why Dire Straits has long been a favorite of audiophiles the world over. When it comes to sonic purity, transparent soundstages, and rich tonalities, few, if any bands sound better.
And now, thanks to the meticulous efforts of Warner Bros., Dire Straits’ 1979 masterwork can be experienced like never before. Remastered and cut from the original analog tapes and pressed on high-quality 180g vinyl, Communique is simply out-of-this-world good. Knopfler’s mesmerizing guitar textures and cool vocals appear as if they’re right in front of you. Details, imaging, and presence are on a level associated with the finest audiophile recordings.
Warner Bros. Records' vinyl pressings pay the ultimate respect to both the work and the listener, and this must-have Dire Straits record is no exception. Listeners with original copies of the LP, or Simply Vinyl’s pressing, will be absolutely stunned upon hearing the improvements. And the rest of us can simply rejoice in knowing that Knoplfer's trademark tones, finger-picking, and leads resonate with an airiness, openness, and palpability they’ve never claimed prior. A five-star pressing!

Mastered by Bernie Grundman from the Original Analogue Tapes 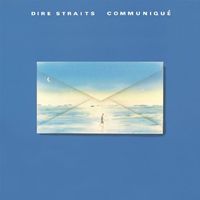