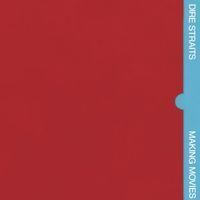 WAITING REPRESS BACK IN STOCK SOON

Fabulously presented by Mr. Grundman and Pallas. Dynamic sonics, great soundstage and effective placement - Iand deliver the music in a way that seems to offer little or no room for improvement. Great pressings.5/5 LPreview

The third album for Dire Straits, "Making Movies" , was originally released in 1980. Although the songs "Making Movies" and "Suicide Towers" were recorded during the sessions for this album, the two were never officially released. On Making Movies, Dire Straits began to move away from its roots rock origins into a jazzier variation of country-rock and singer/songwriter folk-rock storytelling.

Featuring "Romeo and Juliet," "Tunnel of Love," and "Skateaway.

Without second guitarist David Knopfler, Dire Straits began to move away from its roots rock origins into a jazzier variation of country-rock and singer/songwriter folk-rock. Naturally, this means that Mark Knopfler's ambitions as a songwriter are growing, as the storytelling pretensions of Making Movies indicate. Fortunately, his skills are increasing, as the lovely "Romeo and Juliet," "Tunnel of Love," and "Skateaway" indicate. And Making Movies is helped by a new wave-tinged pop production, which actually helps Knopfler's jazzy inclinations take hold.  Making Movies ranks among the band's finest work. 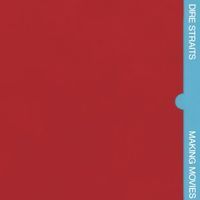