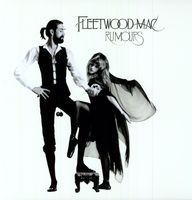 Cut by Kevin Gray and Steve Hoffman from the Original Analog Master Tapes!

This Incredible Album From the '70s is Now Available on Two 180 Gram 45rpm LPs & Pressed at Pallas!

This set is nothing short of demo quality--and I wish nothing more than it would be available to every audiophile.Very Highly Recommended
The quiet Pallas pressing helps with the micro-dynamics and fine degree of spatial separation, string finesse, and midrange transparency. It surpasses my still excellent-sounding first-press UK copy by a certain degree, with a bit more bottom weight and overall refinement. All in all, one of the finest remastering jobs of the AcousTech duo right after their N.K.Cole Story box set. ToneAudio

Which leads us to the all-analog remaster of Rumours by  Kevin Gray and Steve Hoffman. Pressed on graveyard-quiet 45RPM vinyl at Germany’s Pallas plant, it’s nothing short of miraculous. fleetwood and McVie’s previously muted drum and bass rumble now sounds like a window-rattling, door-busting, three-dimensional assault. The intricate interplay on Nicks, McVie, and Buckingham’s layered vocal tracks possess a delicacy and realistic nuance obscured on all prior pressings, including the slightly noisier 33RPM version of this very remaster. The 45RPM edition brings us closer to the music’s pulse and demands undivided attention When it comes to the analog magic all vinyl fans crave, there’s no finer example of Rumours. It is the gold standard. Vinylreviews

A fine offering from one of England's oldest bands, this album mixes a generous blend of pop and rock that appeals to both sexes: Women like it because it is "listenable", men like it because most of the songs are borderline romantic without being mushy. With Rumours, Fleetwood Mac produced one of the most celebrated albums (and one of the best-selling albums) of all time. While Fleetwood Mac had finally attained their long-desired commercial success, the band was fraying apart behind the scenes. The McVies divorced in 1976, and the Buckingham and Nicks' romance ended shortly afterward. The internal tensions formed the basis for the songs on their best album, Rumours. Released in the spring of 1977, Rumours became a blockbuster success, topping the American and British charts and generating the Top Ten singles "Go Your Own Way," "Dreams," "Don't Stop," and "You Make Loving Fun."

It would eventually sell over 17 million copies in the U.S. alone, making it the second biggest-selling album of all time. Rumours reads like a greatest hits package rather than an incredible record. This album is a “must have” release in every sense of the word. "The band's two romantic couples — bassist John and singer-keyboard player Christine McVie, who were married; guitarist Lindsey Buckingham and vocalist Stevie Nicks, who were not — broke up during the protracted sessions for Rumours. This lent a highly charged, confessional aura to such songs as Buckingham's "Go Your Own Way," Nicks' "Dreams," Christine's "Don't Stop" and the group-composed anthem to betrayal, "The Chain." The Mac's catchy exposes, produced with California-sunshine polish, touched a nerve; Rumours, a landmark Seventies pop album, ruled Billboard's album chart for thirty-one weeks."

Formed by Peter Green, Mick Fleetwood, John McVie—all three, ex-John Mayall & the Bluesbreakers— and Jeremy Spencer in 1967 and later joined by wife Christine (formerly Perfect) McVie, they were originally a traditional British blues band. They say you gotta feel the blues in order to really sing the blues. The latter is often caused by great emotional turmoil and internal tensions ravaging relationships and that certainly was transpiring within the group by the mid-1970s—with the addition of Americans Lindsey Buckingham and Stevie Nicks in the mix—ironically shedding the blues influences of their early years for some softer rock and artistic pop. After gaining fame and greater acclaim in 1975 with the release of their second self-titled LP, featuring 3 major hits singles, the quintet finally reached superstardom status two years later with Rumours, one of the best selling albums of all time and luckily for us audiophiles, one of the best recorded pop rock albums also. Producers/engineers Ken Caillat and Richard Dashut assisted by Chris Morris spent the better part of 1976, recording and mixing the band at the Record Plant in Sausalito, California on a 3M 24-track tape deck and API mixing board with mostly AKG condenser and dynamic mics in a 30 feet by 20 feet 'dry-sounding' room—all the while making sure the blend of all the acoustic and electric instruments, plus the many vocal and harmony parts were equally shared and distributed within the entire frequency range, ensuring instrumentation clarity throughout the album. The last 4 months were spent at Wally Heider Studios in Los Angeles. Despite the–not uncommon for the times—drug-fuelled proliferation, hedonistic behavior, and countless hours of multitracking every instrumental solo lick, the end result was a sonic delight and when came time to re-release it 34 years later, Reprise did the right thing by hiring Kevin Gray and Steve Hoffman to handle the remastering and lacquer-cutting process, which they executed perfectly. The tonal balance is natural and more neutral than overtly warm, yet thankfully, not falling into the hyper-detailed analytical sound trap that a DMM cutting would have generated and ruined. The quiet Pallas pressing helps with the micro-dynamics and fine degree of spatial separation, string finesse, and midrange transparency. It surpasses my still excellent-sounding first-press UK copy by a certain degree, with a bit more bottom weight and overall refinement. All in all, one of the finest remastering jobs of the AcousTech duo right after their N.K.Cole Story box set. ToneAudio

Cut by Kevin Gray and Steve Hoffman at AcousTech Mastering!

• From the Original Analog Master Tapes!

• Pressed on Virgin 180-Gram Vinyl at Pallas Records in Germany •

Special Deluxe Packaging includes: Special Matte/Gloss finish with 'Fleetwood Mac Rumours' in Embossed Lettering, Mick & Stevie in a glossy finish and the rest of the cover in a matte finish, Gatefold Jacket, Lyric Insert and Black & White Photos of the band in the inside Jacket!

The best news? Warner Bros.’ pressing is flawless from beginning to end. This is definitely the super-sized version of Rumours: It goes beyond big sound. You can just feel this record breathe, in and out, while listening to tracks that you thought you knew like the back of your hand. Wait until you experience the new information that’s available. And the soundstage is massive. If the music doesn’t float well past your speakers’ boundaries, it’s time to go shopping for a new stereo.
So, take a trip back to 1977 when Stevie Nicks had small breasts and Buckingham sported big hair. If you’ve got a rare, early first-stamper pressing, you may not need to add this one to your collection unless you are really obsessive compulsive. But if you love Rumours (and almost everyone does) and you don’t have a flawless copy, this edition is worth every penny. A 180g 33-1/3RPM version is also available for around $25. But fairly priced at $45 for four sides, the deluxe audiophile edition is the way to go. —Jeff Dorgay Toneaudio

We've had and heard the test pressing of this Rumours reissue, as it was mastered at AcousTech way back in July 2006! In fact, we helped convince a top Warner Bros. executive  to cut it at 45 RPM. We've been dying for this sucker to come out!

We can say, unequivocally, that it is UN-FREAKIN'-BELIEVABLE! This will be one of the most exciting releases of the year, and the sound matches the hype. Buy this baby! 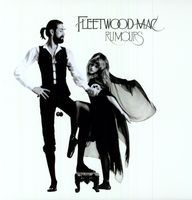 This 45 RPM version is so good--that it literally shattered my long held belief that Rumours was a good sounding record. One wonders what a recording like Steely Dan's Aja would sound like, given similar treatment. This set is nothing short of demo quality--and I wish nothing more than it would be available to every audiophile.
Very Highly Recommended