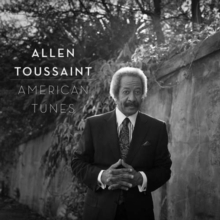 The sonics here are spectacular. While the piano sound is from the performer’s perspective (you hear what his left and right hands are playing) engineer Ryan Freeland gets a magnificent piano sound, with plenty of room sound behind to create the sensation of being in the room watching Touissant play. It’s a record you’ll feel privileged to repeatedly experience. Highest recommendation Sound 10/10 Music 10/10 Michael Fremer Analogue Planet

The final recording from the late New Orleans legend!

Nonesuch releases American Tunes, a new studio album by legendary New Orleans musician Allen Toussaint. Toussaint had just completed the album when he passed away in November of 2015.

Side 4
Her Mind Is Gone
Moon River
Bald Head