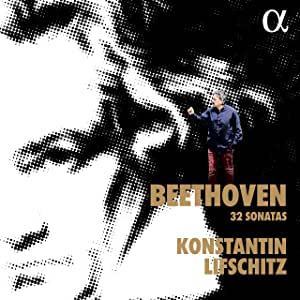 n a world like ours, shaped by centrifugal forces, even a monumental corpus like Beethoven’s thirty wo piano sonatas can appear in a new light. Chronological examination of its genesis reveals fascinating parallels. – The Sonatas op.2 were published in the last year of the French Revolution. The ensuing wave of political migration reached Vienna and also affected Elector Maximilian Franz, who was not only the brother of Marie Antoinette and Emperor Joseph II but had also been Beethoven’s employer in Bonn.

Beethoven gave compositional form to the triumph and downfall of a tyrant who brought war to Europe and occupied Vienna. – After the international peace conference of 1815, he vigorously embarked on writing modernistic late works in opposition to the emerging police state and its postmodern entertainment culture. Konstantin Lifschitz applies strict criteria in order to realise the groundbreaking compositional dynamics of these works. He shows his musical independence by supplementing the cycle of sonatas with the Allegretto WoO 53, and still has much to tell us about it, defying past and present fashions. The fact that he recorded the massive cycle live on eight consecutive days also makes this set a monument in its own right.