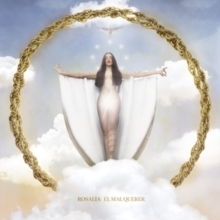 Melding classic flamenco techniques with trap and the stylistic instincts of the Instagram generation was postmodern, to say the least. And El Mal Querer, the Spanish virtuoso Rosalía’s debut album, also highlighted a very 2010s tension between cultural appreciation and appropriation, given the Catalan singer’s pop take on the storied gitano genre and, more complexly, her adoption of an Andalusian accent—two hallmarks of the Roma people in Spain.

A lesser musician might not have weathered the criticisms—she still seems to be figuring it out—but El Mal Querer was one of the most exquisite albums of the decade. Rosalía’s conservatory-trained voice is elevated by her epic album concept based on a 13th-century novel. Her interpolation of the text’s eternally human themes into today’s hyper-tech landscape, with glitchy and romantic production courtesy of El Guincho, meant that it translated widely. Her emotion was emphatic and fluent, even if many of her listeners’ Spanish-speaking ability wasn’t—a giant step for a burgeoning global pop star.