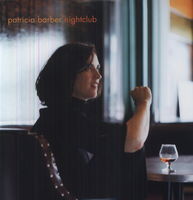 In terms of quality and stupendous packaging, Premonition Records continues to outdo almost everyone in the deluxe-reissue game. The heft of Nightclub’s glossy jacket is impressive. Pressed a RTI in Camarillo, California, the 180gm LPs are opulent and sonically rich with exquisite detail in the higher frequencies, a wide, transparent soundstage, and a convincing rumble in the bass end. --Robert Baird, Stereophile,,

Patricia Barber has achieved legendary status among jazz lovers and audiophiles alike, and for good reason. Her last four albums are ubiquitous favorites whose artistic and sonic prowess could be heard wafting from any number of rooms at past CE shows. While all of Barber's discs are unmistakably hers, each has distinctive traits that make it at once familiar yet fresh.
I almost passed on selecting this disc for my R2D4 contribution, if only because I'd be surprised if at least one of my cohorts hasn't duplicated the effort.  Nevertheless, Nightclub has become my favorite of the five Barber discs I own, making it too hard to exclude. Even though this is a studio recording, the song selections and the "feel" of the arrangements convey the essence of the late-night live Chicago club scene that inspired Barber's talent. Top-flight session work by the likes of Arnopol, Johnson, Cruz, Nussbaum, and Hunter blend seamlessly with Barber's deft piano and seductive vocals, creating the perfect accompaniment for a cozy evening by the fire - Stereophile.com

A Sonic Spectacular Made Even Better! Remastered from the Original Master Tapes by Bob Ludwig at Gateway Mastering

Nightclub, vocalist/pianist Patricia Barber’s first of standards was a long time coming. From the very beginning of her brilliant 20-year career, devoted fans, including her own mother, had been begging Barber to dedicate a record to standards. "These songs have always been a part of my repertoire and are a big part of who I am but I wanted to try and define myself in a different way before making a record like this," she said in September of 2000 when Nightclub was first released. It was, and is, hard to argue with her approach. Accompanied by an all-star cast of supporting musicians, Barber delivered an album Time called “devastating.”

Highlights include her stunning version of "Yesterdays," the rarely recorded vocal version of "Invitation," and an achingly beautiful take on “So In Love” from the songbook of Barber’s songwriting idol, Cole Porter. A multiple Stereophile Record To Die For (R2D4)

recorded by Jim Anderson, Nightclub is the American popular songbook given new life by one of the most expressive voices in contemporary music. "Premonition Records has re-mastered this audiophile vinyl and spread out the grooves with great detail.

Barber’s deep-voiced tones and elocution are rendered flawlessly. Every instrumental nuance is captured with vibrancy. Subtle aspects like a drum brush are clear in the mix. The high-gloss album cover is top notch. Nightclub is laudable as great jazz, and as an audiophile recording." - Robbie Gerson, audaud.com, 4.5/5 Stars!! “

“Throaty, come hither vocals and coolly incisive piano. Barber’s hushed, sensuous version of ‘Bye Bye Blackird’ hasn’t been bettered since Miles Davis last took the old standby out for a spin.” - Time Magazine “Top 100 Albums To Take With You On A Desert Island”

Chicago native and classically trained pianist Patricia Barber's sixth album is a collection of downtempo standards, perfect for a rainy day. Taking on classics like "Autumn Leaves," "I Fall in Love Too Easily," "Bye Bye Blackbird," or even "Alfie" is always a risk, but her confident vocals and interpretations eradicate any doubt that she is a master. Her production is spare, allowing her to sing with such melancholy it's almost eerie. Not many performers can relay such harrowing feeling without over-emoting, but Barber makes it seem effortless. Nightclub is an appropriate title; listening to these love songs is like being in a smoky room, courted by a lounge singer. This is a classy, solid effort.

3. Just For A Thrill

2. All Or Nothing At All

3. I Fall In Love Too Easily 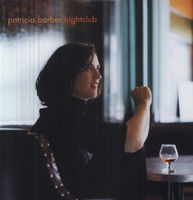