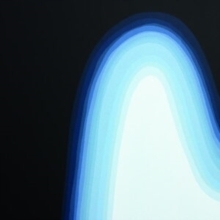 is a live document of the concert by the Turkish freeform group with the Japanese experimental musician OTOMO YOSHIHIDE from the TUSK FESTIVAL 2018. KONSTRUKT, the Istanbul based free jazz / freeeform group founded and led by UMUT ÇAĞLAR and KORHAN FUTACI, are known for their openness to and interest in collaborations – and regularly meet up and perform with new partners that range from OE McPHEE, WILLIAM PARKER, AKIRA SAKATA, MARSHALL ALLEN, EVAN PARKER, THURSTON MOORE, ALEXANDER HAWKINS or KEN VANDERMARK. This latest release sees the quintet join forces with OTOMO YOSHIHIDE who entered the scene in the 1990s with his group GROUND ZERO and his since worked in all fields of adventurous music, from EAI to improv to turntablism, modern composition, jazz and soundtrack, documented on labels like TZADIK or ERSTWHILE and featuring collaborateurs such as JIM O'ROURKE, JOHN ZORN, MERZBOW; BILL LASWELL and endless more ...

A furious gig, and a furious album!