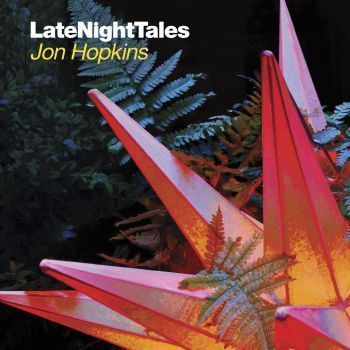 The electronic skyscraper Jon Hopkins is permitted a day off from making serious and thoughtful glitch records to make us a mixtape. His Late Night Tales has an excessively pointy front cover and meshes together the likes of ambient act A Winged Victory For The Sullen with Nils Frahm, a Gold Panda edit of a Health song and even a Yeasayer cover of one of Hopkins' own songs. There's lots more swirly, floaty electronic bliss where that came from.

Late Night Tales welcome UK producer and musician Jon Hopkins to the fold with a beautiful sequence of songs and music.

Requiem for a dreamstate. It’s possibly somewhere between heaven, hell and high water, down the Thames Delta towards Eden. It may involve techno and a distorted state or simply mates sat listening to music together, drifting on the open sea of their minds. This is Jon Hopkins’ world, not so much joining the dots as colouring the whole damn picture in.

After releasing his debut album 'Opalescent' at the rookie age of 21 in 1999, he’s gone on to work with Brian Eno and David Holmes, produced King Creosote and via Eno, worked on three Coldplay albums. He released the breakthrough album 'Immunity' in 2013, which was nominated for the Mercury Prize.

The story arc with which Hopkins succeeded on 'Immunity' makes its appearance on Late Night Tales too with a perfectly sculpted excursion on this widescreen mix.