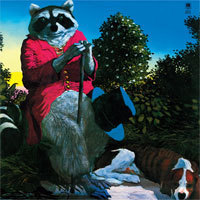 This 180-gram reissue is noteworthy for its unpretentious musical presence and for Cale's singular style. Beautifully recorded, with clearly defined, punchy bass, this reissue, mastered in Germany, represents an immense improvement over the original A&M version used by way of comparison, and is the first time that this classic recording has been available as an audiophile LP.

Often copied, but successfully? When it comes to J. J. Cale, this question could well be answered with an emphatic “yes” – were it not for the equally talented Johnny Cash, John Mayall and Deep Purple, who all contributed to the well-earned recognition of Cale’s genial songs. Even the smash hit Cocaine was written by Cale, although it is closely identified with Eric Clapton – Cale’s name fading into oblivion in comparison.

The present recording gives one an idea of how one of the most covered composer’s music originally sounded. Cale lends the mixture of styles – blues, rockabilly and country – his highly individual, understated and succinct art of song. He is frequently characterized as being “laid back”, likes to sing slightly off-beat, and is accompanied by a well-equipped band which creates an ultra-cool sound.

Cale is particularly committed to giving his songs sophisticated instrumentation, he doesn’t produce a new record for the market all too often, and is well-known for his dislike of stardom. What better reasons to bring up from the annals this undercover artist’s debut album, polish it up and just enjoy the music.

1. Call Me the Breeze 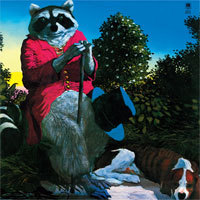