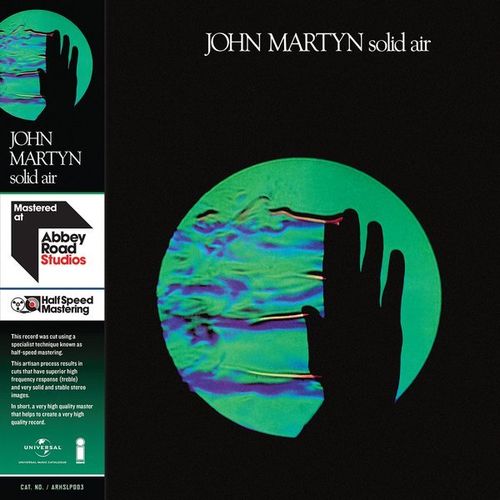 Unlike previous re-issues the album has been cut at half-speed at Abbey Road Studios. This technique results in the very highest quality sound reproduction.
The process involves the original 1/4 inch studio master tape being played back at precisely half its recorded speed while the cutting lathe is similarly turned at half the desired playback speed. This allows the cutting head twice the time to cut the intricate groove, affording considerably more accuracy with important matters such as frequency extremes and micro-dynamic contrasts. The resulting cuts have excellent high frequency response and very solid and stable stereo images.
The superb vinyl is accompanied by a high quality reproduction of the original gatefold album sleeve

Solid Air (whose title track was written for John Martyn's friend, songwriter Nick Drake) is one of the defining moments in British folk, in the same league as Fairport Convention's Liege & Lief, Richard & Linda Thompson's Shoot Out the Lights, and Michael Chapman's Rainmaker. Martyn stepped out of his comfort zone to record and produce it, including not only jazz and blues but rock and plenty of sound effects, and featuring Rhodes piano on some of its tracks, dismaying some fans while winning a ton more for its genre-blurring presentation. A number of its cuts -- such as the title track, "Over the Hill," "I'd Rather Be the Devil," and "May You Never" -- remained staples in his live sets until the end of his life. 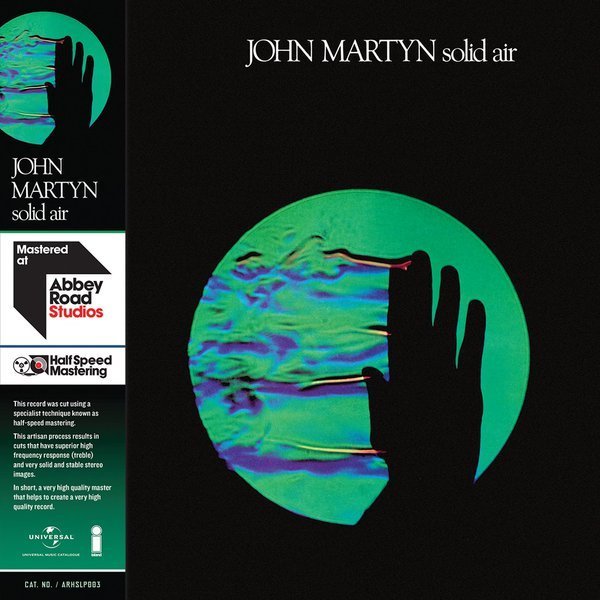