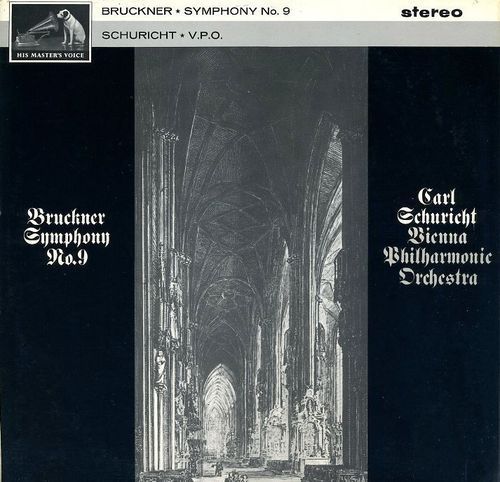 Bruckner’s Symphony No. 9 was written between 1893-1896 and was to be his last, the final movement remaining unfinished at point of his death in 1896. Bruckner’s Ninth Symphony is both unique and complex in style presenting the listener with many different patterns and themes, traits that can be found in nearly all of Bruckner’s Symphonies. Monumental in its form and design, a vast orchestral canvas and soundscape providing fertile ground for experimentation and harmonic counterpoint. It ranks as one of the most innovative symphonies to be composed in the 19th Century.

During his long career Carl Schuricht (1880-1967) made a fair number of commercial recordings; but he never was given consistent opportunities by any one record company, and in his lifetime he did not enjoy the reputation that should have been his. The fact that so many of his live performances have been issued in recent years confirms his present status as one of the finest representatives on record of the old Austro-German romantic school of conducting. That style was particularly suited to the music of Bruckner, and Schuricht made three notable recordings of Bruckner symphonies towards the end of his life for HMB.
In each case the orchestra was the Vienna Philharmonic, a body whose tradition in playing the Austrian composer's symphonies goes back to the time of the first performances. The first of these three recordings, dating from December 1961, was of Bruckner's Ninth Symphony, his last and in fact unfinished work in this form, which yet ends satisfyingly with a long, magnificently eloquent slow movement. This is a particularly fine example of earlier EMI stereo recording, and the VPO's inimitable sonority and depth of tone are beautifully captured in a suitably warm acoustic. The conductor's interpretation has all the wisdom and experience of old age (81 years), but Schuricht also shows remarkable vitality in his conducting. Testament's new 180-gram pressings have been carefully cut so as to preserve all the beauty and bloom of the original recording.
Lacquers cut at Abbey Road Studios
Cut from original master tapes
100% Analogue - Cut using full analogue techniques throughout production
Musicians
Vienna Philharmonic Orchestra
Carl Schuricht conductor
Selections
Anton Bruckner (1824-1896)
SYMPHONY NO. 8 IN C MINOR
SIDE ONE:
1st Movement: Feierlich, Misterioso
SIDE TWO:
2nd Movement: Scherzo & Trio
3rd Movement: Adagio