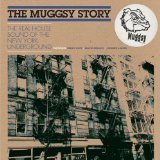 The record label Muggsy is not related to Muggsy Spanier, the legendary jazz cornettist. Nor is it connected to the tiny terror of the NBA, Muggsy Bogues. Neither, for that matter, is it linked to Cypress Hill DJ and producer DJ Muggs. Nope. It is, however, entirely related to the Brooklyn house firmament, Henry Street. The man behind Henry Street is Johnny De Mairo, known among New York industry heads simply as Johnny D; ergo he is also the chap responsible for Muggsy, which is why we are here. For those of you who are not familiar with the oeuvre of Johnny D – and where ya been if not? – let’s step to one side for the moment and run through the CV. Born and bred in Brooklyn (and proud of that fact), Johnny D has been a DJ, record and autograph collector from the moment he had some spare cash.

He got his first break in the music industry working for Vince Pellegrino’s S.I.N., before moving on to work for Atlantic Records, with whom he was associated for many years. He first launched Henry Street in 1993, followed a few years later by Muggsy. Henry Street became known for a sound deeply rooted in the disco that Johnny De Mairo loves and collects while still taking care of dancefloor business. Muggsy was his chance to branch out into other areas. “After years of Henry Street music being predominantly a soulful house label, I wanted to have another outlet to release different types of records,” recalls Johnny. “Initially, I had intended for Muggsy to be the harder more ‘tribal-type’ label and keep the soulful stuff for Henry Street. So when Chris ‘TKC’ Staropoli came to me with ‘Back Jack’ I figured that was the best time for Muggsy to begin as it was a bit tribal but, more than that, pushed the envelope a bit more than my regular releases on Henry Street.”

With a collection of like-minds gathered around the De Mairo table recording for the label, some of them New York cohorts (Kenny Dope, Brutal Bill), with Chicago’s Ralphi Rosario, Robbie Rivera from Puerto Rico and Miami’s Mike ‘Da Mooch’ Mucci, Muggsy released a string of tracks that ploughed a different furrow to big daddy Henry Street. But the Muggsy groove still retained the sample-based ethos (and disco roots) of its proprietor Johnny D (who also found time to released tracks under the Sopranos pseudonym with studio partner Nicky Palermo). “After Chris’s TKC, I was getting some tracks that were more in the pop/rock category than the soulful/black style that pretty much was the Henry Street Music sound,” remembers Johnny. “So Muggsy went from initially a harder sound, to more of a rocky feel added to the tribal sound. But it still had its own sound and the roster was a good extension of Henry Street Music in the way that the name and brand power was there with artists like Brutal Bill, Kenny Dope and others.

” The Muggsy Story is a document of a special time in New York history, before the gentrification of New York made party-throwing a guerilla activity, rather than the core of its musical soul. Muggsy, we salute you.

6. Johnick presents The Sopranos - Is It Really Real