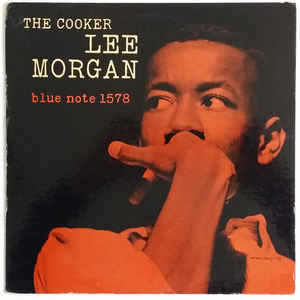 The only reason not to buy this record is if you don't have a record player, or if you're broke." — Jim Austin, Stereophile

Mastered by Kevin Gray at Cohearent Audio from the original master tape  Plated and pressed at RTI
The Blue Note Tone Poet Series was born out of Blue Note President Don Was' admiration for the exceptional audiophile Blue Note LP reissues presented by Music Matters. Was brought Joe Harley (from Music Matters), a.k.a. the "Tone Poet," on board to curate and supervise a series of reissues from the Blue Note family of labels.
Listening to Lee Morgan blow his molten solo on "A Night In Tunisia," the opening track of The Cooker, it's hard to fathom that he was only 19 years old at the time. Recorded just two weeks after Morgan's dazzling performance on John Coltrane's masterpiece Blue Train in September 1957, The Cooker was in fact Morgan's 5th Blue Note album as a leader. Bassist Paul Chambers and drummer Philly Joe Jones (both of whom also played on Blue Train) are joined by baritone saxophone master Pepper Adams and the great Bobby Timmons on piano on this superbly swinging session.
Musicians
Lee Morgan trumpet
Pepper Adams baritone sax
Bobby Timmons piano
Paul Chambers bass
"Philly" Joe Jones drums
Side 1
1. A Night In Tunisia
2. Heavy Dipper
Side 2
1. Just One Of Those Things
2. Lover Man
3. New-Ma