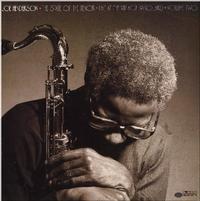 Tenor saxophonist Joe Henderson, overshadowed by the generation of saxophone giants who preceded him, carved out his own reputation through technical excellence, songwriting ability, and a stunning diversity that made him a sought-after sideman early in his career.

He made his mark at Blue Note records as a member of the Kenny Dorham band and went on to record with the Horace Silver group that made the classic Song for My Father. He played on such varied albums as Lee Morgan's The Sidewinder, Andrew Hill's Point of Departure, and Larry Young's Unity.

State of the Tenor, originally issued as two albums and collected together on this set, was recorded during a three-day period at the Village Vanguard in New York in 1985 with bassist Ron Carter and drummer Al Foster. The reissue includes previously unreleased material.