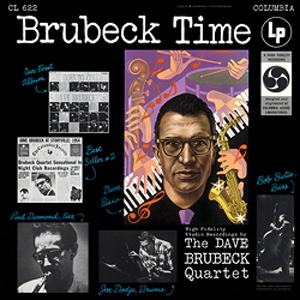 This vinyl upgrade is stellar. The no-frills mono fidelity is captured with precision and even mixing. Desmond’s alto is crisp and mellow. Brubeck’s piano is mic’d perfectly and blends in with the other musicians Sound 4.5/5 Audiophileaution

Only a very few artists managed to produce a personal, recognizable sound on the alto saxophone in the whole of the 100 years history of jazz: Charlie Parker, Johnny Hodges, Lee Konitz and Ornette Coleman and a couple of others are among them. The maestro of lyrical expression was undoubtedly Paul Desmond. Alongside the seldom swinging, often static block chords of his boss, he managed to preserve his light, floating and flowing style, which he demonstrates so well on this recording made in the Basin Street Club and in the large Columbia Studio in New York in 1954.

All the numbers are well known to jazz lovers from 1954 to 2018, but they are not always recognizable at the first hearing. Appreciation? Mili Gijon, the self-named expert, photograph and filmmaker, had his difficulties not just with the track "Stompin' For Mili," which eternalized him. That was supposed to be jazz? We jazz fans, who have not always been spoilt with lovely sounds with and after Ornette Coleman, can enjoy every note. Bassist Bob Bates and drummer Joe Dodge produce an excellent drive, even though they were later replaced by Gene Wright and Joe Morello.
A wealth of glorious swing, excitement in every bar, and a sound that can't be bettered is what the listener can expect from these three live and four studio recordings from a year in which even West Coast jazz found recognition in New York.
This Speakers Corner LP was remastered using pure analogue components only, from the master tapes through to the cutting head. All royalties and mechanical rights have been paid.
Musicians:
Dave Brubeck, piano
Paul Desmond, alto saxophone
Bob Bates, bass
Joe Dodge, drums
Recording: October and November 1954 at 30th Street Columbia Studios, New York
Production: George Avakian
1. Audrey
2. Jeepers Creepers
3. Pennies From Heaven
4. Why Do I Love You
5. Stompin’ For Mili
6. Keepin’ Out Of Mischief Now
7. A Fine Romance
8. Brother, Can You Spare A Dime 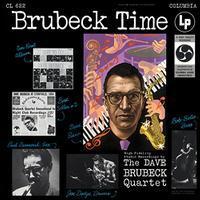