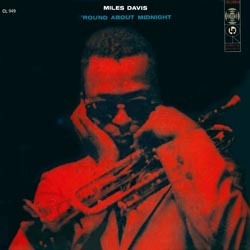 The reissue does an excellent job of capturing the original’s warm aura, particularly getting right the spacious echo behind Philly Joe’s brush work on “Bye Bye Blackbird.” The reissue is actually cleaner and more extended than the original and represents more of a clarification of it rather than a revision. Coltrane’s sax doesn’t quite have the body found on the original but you can’t have everything. And you can bet the reissue is quieter than most originals you might find. A nicely done AAA reissue. MUSIC 8/10 SOUND 8/10 - Michael Fremmer Stereophile

Both of these LPs display the sonic acuity that makes analog playback the choice of those listeners who care most about fidelity. Miles Davis made so many great records in the decade between these two, and I'm not alone in hoping that Speakers Corner decides to re-release them - The Audio Beat

Miles Davis’s major label debut, recorded with his quintet in the fall of 1955 and late summer of 1956 while he was still under Prestige contract and released early in 1957, was not particularly well-received at the time, though it has grown considerably in stature since then.

Davis, John Coltrane, Red Garland, Paul Chambers and “Philly Joe” Jones has been together as a group for over a year at this time, working both in the studio and in live performance. Miles had played the title track at Newport in 1955, rebounding from what the liner notes call a “health” problem, but which was an addiction to heroin that he kicked in 1953 or 1954.

The version of the gorgeous, bluesy Monk tune that opens and highlights the album both reprises the pensive, post-Bop sound of the earlier Birth of the Cool and was a harbinger of Miles to come. The opening bars, with Coltrane’s warm tenor wrapped around Davis’s jagged muted trumpet set a sublime tone for the tune and the album.

Though the 30th street studio recording is mono, great depth is produced, with Davis up front and the others cleanly layered behind. The second tune, Charlie Parker’s “Ah-Leu-Cha” is more standard uptempo hard-bop and the side closes with a stately version of the cool Cole Porter standard “All of You” that would be equally at home in a supper club as a jazz joint.

Side two opens with a pleasing, smoothly flowing but hardly memorable take on the standard “Bye, Bye Blackbird,” with Coltrane hinting at future harmonic and rhythmic strategies in his long, productive solo. Whatever Rudy Van Gelder’s legend, capturing a clean piano sound wasn’t among his strong suits, especially early on in his long career, so here, Red Garland’s piano, recorded by Frank Laico attains a welcome, woody clarity lacking on most of the Prestige Van Gelder sessions.

Compare Garland’s coherent, non-boxy sound on the suave, jumpy cover of Tadd Dameron’s “Tadd’s Delight” to any of the Prestige recordings.

The album ends with a swinging, unusual rendering of a Swedish folk song “Dear Old Stockholm,” featuring a nimble, driving Paul Chambers bass solo that’s also well recorded, particularly given the year, though otherwise there are hints of overload on a few peaks. Coltrane takes a long squiggly solo and Miles takes the melody back with an uncharacteristically complex muted trumpet solo and conclusion.

The reissue does an excellent job of capturing the original’s warm aura, particularly getting right the spacious echo behind Philly Joe’s brush work on “Bye Bye Blackbird.” The reissue is actually cleaner and more extended than the original and represents more of a clarification of it rather than a revision. Coltrane’s sax doesn’t quite have the body found on the original but you can’t have everything. And you can bet the reissue is quieter than most originals you might find. A nicely done AAA reissue.

At long last these early recordings, which Miles Davis set down for the Columbia label in 1955 and 1956, are available on LP again. And what is more, they were made without any alternate takes or second attempts, as is the custom these days. You can sit back and enjoy the six numbers in the order which the producer, probably in conjunction with Davis, decided upon. To be sure, all of the titles are well known and have been played a thousand times over in many different versions.

But what this Quintet (and here each and every individual musician is meant!) produces as regards inventiveness, thrilling improvisations and artistry is absolutely top notch. Davis’s vibrato-less sound is taken over seamlessly by John Coltrane – wonderfully demonstrated in the middle of "Bye, Bye Blackbird", while Paul Chambers’ showpiece is "Ack Värmeland du sköna" (aka "Dear Old Stockholm"). In the years 1955/56, bebop was the talk of the day, born witness to by the classics "Tadd’s Delight" by Tadd Dameron and "Ah-Leu-Cha" by Charlie Parker. Here, however, the improvised melodic strands are more moderate, pointing the way to the style that later became known as modal jazz.

Although "’Round About Midnight" as an album does not enjoy the reputation of "Kind Of Blue", this Columbia recording contains many gems which are well worth hearing. Recording: ﻿October 1955, June and September 1956 at Columbia’s 30th Street Studio, New York Production: ﻿George Avakian

In 1955, Miles Davis signed with jazz powerhouse Columbia Records and immediately began recording 'Round About Midnight. Although he was still under contract with Prestige Records, an agreement stipulated that he could record material for Columbia, to be released after the expiration of his contract with Prestige.  'Round About Midnight was the first recording with Davis's new quintet, composed of Philly Joe Jones on drums, Paul Chambers on bass, Red Garland on piano, and a young John Coltrane on tenor sax. Featuring standards like Bye Bye Blackbird and the title track 'Round Midnight, this record is considered by some to be one of the pinnacles of the hard bop era.  For a seasoned veteran or a jazz newcomer, this record represents the origins of post-bop modern jazz and is an absolute necessity for any vinyl collection.  Musicians: Miles Davis, trumpet John Coltrane, tenor sax Philly Joe Jones, drums Paul Chambers, bass Red Garland, piano  Selections: 1. 'Round Midnight 2. Ah-Leu-Cha 3. All of You 4. Bye Bye Blackbird 5. Tadd's Delight 6. Dear Old Stockholm 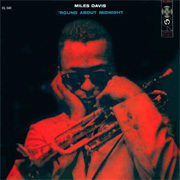