The Orb - Abolition of the Royal Familia - 2LP 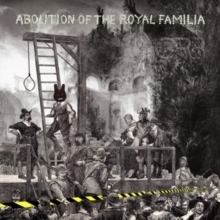 with it’s provocative, mafia-alluding title, hogarth/chapman brothers inspired cover by artist pure evil and a no-longer-present sample of prince charles (removed for litigious reasons), ‘abolition..’ continues the orb’s recent run of records which protest against the establishment, albeit in their own roundabout and idiosyncratic way. humour, samples, the white island, and heartbreakingly beautiful contemporary composition are recognisably present, as is, perhaps less expectedly, a proudly pop element. “all in all, it’s a quintessential orb album, and in today’s world as the one thirty years ago, that’s a mighty fine thing.