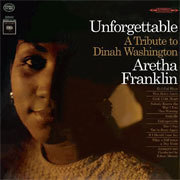 Mastered by Maarten De Boer at Emil Berliner - Pressed  at Pallas in Germany:

The Speaker’s Corner reissue is a great piece of work. I’ve never heard the original, but this far outshines the other two Columbia Aretha LPs I have. The 180 gram vinyl is absolutely silent - Stereophile

Speakers Corner has done an excellent job in re-mastering Unforgettable to 180-gram vinyl. The state-of-the-art 60’s Columbia Records “360 Sound” has been faithfully captured with a vibrant, balanced mix. The vinyl pressing is flawless, with no hisses or pops. The aforementioned Leonard Feather liner notes are insightful regarding the making of this album.  Audiophileaudition

Her fifth LP for Columbia, 'A Tribute To Dinah Washington', was released in February 1964, two months after Dinah's passing. It exemplifies one of popular music's greatest mysteries: why this staggering performance, like Aretha's other LPs for the label, wasn't recognised for its self-evident genius. Admittedly, this is smoother than the material for Atlantic which made her a star, but the grooves still contain the fire, as heard in 'Cold, Cold Heart'.
The sound too is simply spectacular, typical of early 1960s Columbia: silky, airy, wide-open. Ten standards sung by a true prodigy, as good as it gets. And as Dinah said in October 1963 upon hearing the 21-year-old, 'That girl has got soul'. KK Hifi News

The myth that Columbia Records producers kept Aretha Franklin from finding her soul on disc has largely been discredited, and albums such as the 1964 Unforgettable are a big reason why. Working with a small, surprisingly tough rhythm section, Franklin delivers highly personalized renditions of 10 songs associated with the great Dinah Washington

3. What a Diff'rence a Day Made

5. Nobody Knows the Way I Feel This Morning 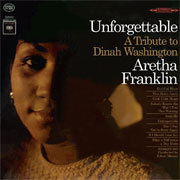