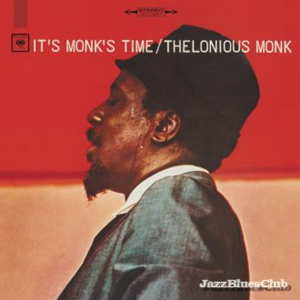 This Speakers Corner LP was remastered using pure analogue components only, from the master tapes through to the cutting head 30 Years pure Analogue

"This is as close as jazz comes to rock'n'roll in my opinion: it's muscular, straight to the point (within the bounds of Monk's rhythmic madness/genius) and gets the toe tapping and the blood flowing. I don't think jazz offers more fun listening than Monk." - Michael Fremer, analogplanet Music 8/10, Sound 8/10!

﻿With its three compositions by Thelonious Monk, one might call this LP from 1964 “3 Standards and 3 Monks”. The 'High Priest' of bebop had reached a further pinnacle in his career and performed with his fantastic, skilful and well-rehearsed quartet at numerous festivals and concerts. As if in a dream, the musicians penetrate the apparently simple yet rhythmically complicated themes, interrupted again and again by Monk’s solo escapades on the piano. On the stage, Monk often stood up and jigged around the piano like a lumbering dancing bear, with one of his distinctive hats on his head; he plonks down on the piano stool after the Charlie Rouse solo; his enormous feet tap back and forth to the beat; he constantly fiddles with the ring on his finger; and he creates the most wonderful improvisations ever heard with his 'false' fingering.

Although often unrightfully maligned by self-proclaimed "purists," Thelonious Monk did some brilliant work during his early- to mid-'60s stint for Columbia Records. It's Monk's Time (1964) contains some of the best -- if not arguably the best -- studio sides that the pianist cut during his final years as a recording musician. The album's title turned out to be somewhat prophetic, as Time magazine featured Monk as the cover subject for its February 28, 1964, edition. Interestingly, he was to have been profiled by the periodical the previous November; however, the assassination of then-President John F. Kennedy took obvious precedence. It had been almost a full year since his previous studio release, Criss-Cross (1963), and there had been a significant alteration in the rhythm section, which now incorporated the respective talents of both Butch Warren (bass) and Ben Riley (drums) as well as longtime cohort Charlie Rouse (tenor sax). From four sessions in early 1964, It's Monk's Time gathers four quartet and two solo sides, presenting the pinnacle of what these musicians offered stylistically as well as from the standpoint of presentation.

There is sense of mischievous playfulness in Monk's nimble keyboard work, especially notable on the beautifully off-kilter unaccompanied opening to "Lulu's Back in Town," and the same practically impish quality also drives the solo performance on "Nice Work if You Can Get It." Both pop standards are prime examples of the bop pioneer's inimitable approach to arranging, and also provide an uncanny insight to his influences. Immediately evident are the styles of stride legends from the well-known Willie "The Lion" Smith and James P. Johnson to the slightly more obscure and decidedly frenetic playing of Cliff Jackson, as well as the ragtime approach of Walter L. Rose. The results are bound together in Monk's arithmetically advanced delivery and harmonic composition. The combo -- especially Rouse -- effectively supports and punctuates the tricky timing of "Stuffy Turkey" and the more aggressive bop of "Brake's Sake." The latter title also unleashes some tasty interaction between Monk and Rouse, sonically exemplifying their practically single-minded synergy. The concluding cut, "Shuffle Boil," is one of the lost gems of the artist's later work. It sports an effortless swing over a sophisticated and challenging melodic structure. Bassist Warren steps up to the plate, providing a supple and pulsating bed for both Monk and Rouse as they trade solos.

Calling all jazz fans: Listen to Thelonious Monk, and you will have a ball – most especially if you put this super disc with the promising title "It’s Monks Time" on your turntable! 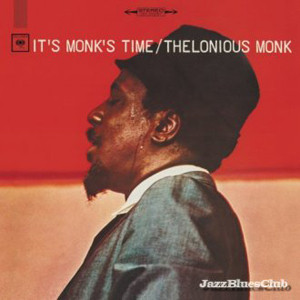