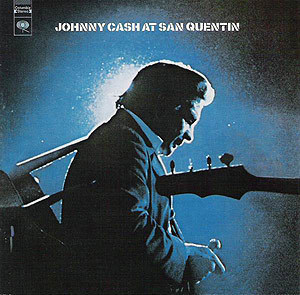 Speakers Corner really hit it out of the park with this pressing - quiet, rich, warm, natural tone - all of the elements that we vinyl fanatics love. And the guitars - Yeah!!! Worth every penny. 5/5 LPReview
Johnny Cash was a country legend even during his lifetime, although, or perhaps because, he was very different from the numerous country singers with chequered shirts. When performing he chose to wear black as a symbol of solidarity with the oppressed and those who had no rights. His chosen outlaw image was just as convincing as the train-like boom-tiddy-boom sound of his rhythm group who lent their typical sound to many of his 500 songs.

At the very zenith of his career, Cash (who himself had committed a few minor offenses) had the idea of singing and playing for the bad guys behind the prison walls for nothing. Initially his suggestion to market the live recording was rejected, but finally his record company decided to release the album "At Folsom Prison". Fired by the success of his jailhouse recording, Columbia Records released "At San Quentin" shortly afterwards. The recording, in which Cash and his combo were frenetically applauded more or less at the end of each verse, exceeded all expectations. Today it is still considered by Cash fans to be the best live recording by the 'man in black'.

Johnny Cash’s five-decade musical career was loaded with bigger-than-life landmark moments. None were more memorable than the Man in Black’s historic concerts at Folsom Prison and San Quentin State Prison, and the beloved albums that documented those shows. Cash’s passion for prison reform and rehabilitation inspired him to perform a series of concerts for inmate audiences, and two of these unique events were documented on Johnny Cash at Folsom Prison and Johnny Cash at San Quentin. These albums, originally released in 1968 and 1969 respectively, remain among Cash’s best-selling and best-loved recordings. At the time of their original release, they revitalized his career, and played a crucial role in his crossover from the country music world to the mainstream pop charts.

Perhaps even more so than its predecessor At Folsom Prison, Johnny Cash at San Quentin captures Cash at his most raw and uninhibited. The artist’s raucous rapport with his captive audience is obvious on an inspired mix of Cash classics (“I Walk the Line,” “Folsom Prison Blues”), jailhouse ballads (“Starkville City Jail,” “San Quentin”), traditional tunes (“Wreck of the Old 97,” “There’ll Be Peace in the Valley”) and well-chosen covers (Bob Dylan’s “Wanted Man,” the Lovin’ Spoonful’s “Darling Companion”). The album’s most popular track, though, remains the Shel Silverstein-penned novelty number “A Boy Named Sue,” which became the biggest hit single of Cash’s career. 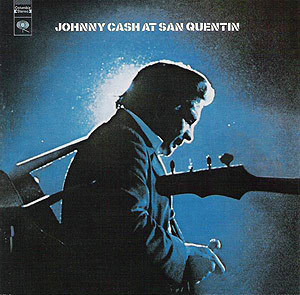