Categories ELECTRONICA & INDIE Dead Can Dance - Into The Labyrinth - 2LP

Dead Can Dance - Into The Labyrinth - 2LP 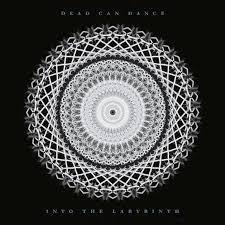 Brendan Perry and Lisa Gerrard are Dead Can Dance. Their music began as collages made from musical lineages, lost tribes and cultures long since forgotten — and by giving new life to so much from the past, they created a genuinely timeless body of work.

Into The Labyrinth (1993) is Dead Can Dance's sixth album, one of their most successful releases, its title a reference to the Greek legend of Theseus going into the Labyrinth to slay the Minotaur. It came when Brendan Perry and Lisa Gerrard had embarked on more individual personal paths, now writing their songs independent of one another, and on separate continents. Engineered and produced by Brendan at his Quivvy Church studio in Ireland, the album is an audiophile benchmark and also noted for being their first without any guests, instead they played all the instruments.

The 2016 LP version is also a double LP like the original release, but comes with brand new cover artwork and an altered track sequence.

Side 1
Yulunga (Spirit Dance)
The Ubiquitous Mr. Lovegrove
The Wind That Shakes The Barley

Side 2
The Carnival Is Over
Ariadne
Saldek
Towards The Within