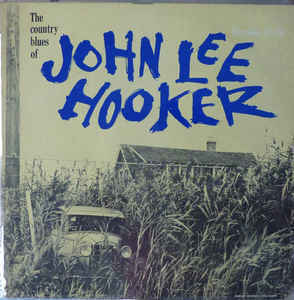 John Lee Hooker’s true love was the electric guitar, and he played it like no one else on earth. However, in 1959, acoustic so-called “country blues” was what white, authenticity-obsessed audiences wanted to hear, so that’s what Riverside wanted from Hooker when he went into the studio to record this album, released in January 1960. Rather than duet with his instrument, Hooker’s voice takes the lead here. The album’s crystalline engineering allows the listener to experience that voice as if it was whispering secrets in our ear — which is precisely the effect of “Tupelo Blues.” Captured in this proximity without competition from other instruments, we are able to savor the richness of Hooker’s voice. There were many country blues singers from this period beloved for their crusty delivery, but Hooker’s voice is dark and flowing and smooth. He was the ultimate seducer and here he uses his voice like a mist, waving it in the listener’s vicinity until we are all willingly within his clutches.

John Lee Hooker is the most down-home of the major post-war blues figures, “a most authentic singer of the way-back, close-to-the-soil kind of blues,” as Orrin Keepnews once wrote. Of his innumerable recordings, The Country Blues of John Lee Hooker is perhaps the truest to Hooker’s Mississippi roots.

The celebrated guitarist set his usual amplified instrument aside, in exchange for an acoustic guitar, only accompanied by his voice. The result is an intimate, wonderfully varied set of deep Delta blues, moans and boogies. Some songs are autobiographical, others re-workings of blues standards—all stamped with the hauntingly personal John Lee Hooker touch.