Lone - Always Inside Your Head - LP 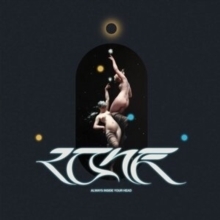 The Nottingham-raised and highly-praised musician/DJ/producer Matt Cutler, AKA Lone's 8th album. A varied selection of music influenced the record, but two main influences were Cocteau Twins and My Bloody Valentine. 'I wanted to approach a range of different styles, but attack them from their angle in a way, so for example on 'Inlove2' I tried to imagine what a Balearic/acid house tune might sound like if it were produced by Kevin Shields', comments Lone

For existing fans this is buy on sight in the purest sense of the term that won't disappoint, we expect that he’ll garner many fresh new listeners with his most stunningly ambitious record to date