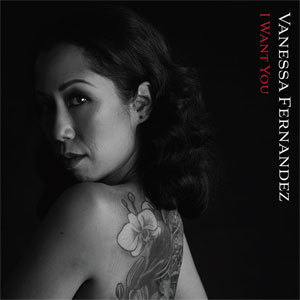 As he usually does, engineer Ross splits the difference between an audiophile-savvy, band-in-the-room perspective and the pop and slam of a great commercial studio recording. Mastering is Bernie Grundman. The sound picture is well-organized, and images are solid and three-dimensional, within a supertransparent soundstage. From the first center-fill drum smack on the opener, "Right On For the Darkness", you know you're in for an exciting, live-in-the-studio ride, captured with minimal processing and dynamic range intact. A jacket sticker says Ms. Fernandez's voice was recorded without Auto-Tune. The analog recording, on 2" 30ips tape, produces the smooth, naturally flowing, artifact-free sound analog lovers always hope for but don't often get..." ; 4 Stars for Performance / 5 Stars for Sonics - Michael Fremer, Stereophile, July 2019

Ross recorded this new release on a 24-track, two-inch Ampex deck running at 30ips. There are few recordings you can buy today that equal the sound of Fernandez's Groove Note releases in any parameter you can think of, including deep bass, explosive dynamics, unlimited headroom, expansive soundstaging and spot-on tone color. -Sound 5/5 The Audio Beat

I Want You sees Vanessa return to the '70s R&B classics and modern soul catalogue that was delivered so very well on  Use Me but with the addition of more recent hits from the likes of Radiohead and Amy Winehouse.

The album is recorded at United (former Oceanway) in Hollywood and mixed at Sphere in Burbank by Michael C Ross. All tracking and mixing is done 100% all analogue. Bernie Grundman used the final 30 ips 1/4 inch stereo master to cut the 45rpm LP. Tim Pierce handles all the arrangements as on the first two Vanessa albums.

Selections:
1. I Want You (Marvin Gaye)
2. Right On For the Darkness (Curtis Mayfield)
3. Every Time You Go Away (Hall and Oates)
4. Billie Jean (Michael Jackson)
5. I Will Survive (Gloria Gaynor)
6. Creep (Radiohead)
7. Back To Black (Amy Winehouse)