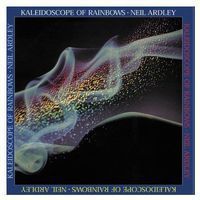 Jazz set from composer Neil Ardley with many of the top jazz musicians of England playing on these extended compositions.

With a state-of-the-art studio and guest artists such as Barbara Thompson, Tony Coe, and producer Paul Buckmaster, composer Neil Ardley (1937-2004) created a recording with a wide range of sounds. Strong compositions laid the backbones for some catchy tunes and grooves with content worth listening to.

This album became infamous for it’s supremely original music, but also for it’s impeccable engineering by Martin Levan. On the original single LP the sound quality had to be compromised to enable the inclusion of 27 minutes of music per side. Much of the bass and stereo effect was removed.
Now as a double LP and mastering from the original master analogue tapes all of the 'missing' bass and stereo effect is here for all to savour and enjoy.At the time of it’s original release in September 1976 it received critical acclaim across the full spectrum of the days music aficionados.
Listening to it today there is no reason to doubt it’s continuing worth as an outstanding work of art and a lasting testament to Neil Ardley who sadly passed away last year. reviews of the day:
This work is possibly the most significant piece of composition since — what? "Sgt Pepper"? "Pet Sounds"? Gil Evans' "Miles Ahead"?, "Tubular Bells"? Its beauty and superb sense of structure will mark it out, in no uncertain terms as one of the great musical achievements of our age.« (Karl Dallas; Melody Maker)
Kaleidoscope of Rainbows received its first showing to universal acclaim.« (Patrick Sullivan; Sounds)
The brisk alternation of moods and textures keeps the listener on the edge of his seat . . . stunning variety.« (Dave Gelly; The Observer)
It's made to be savoured, enjoyed and, maybe, thought about a bit: for within it lies a part of the musical future. Musically, it's superb.« (Derek Jewell; The Sunday Times)
Kaleidoscope is a classic.« (Brian Case; New Musical Express)
beautiful textures that Ardley conjures up ... music that is mature and endlessly melodic ...« (Barry McCrae; Jazz Journal)
1976  Morgan Studios, London,  Martin Levan
Production: Paul Buckmaster 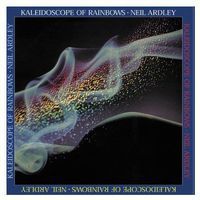