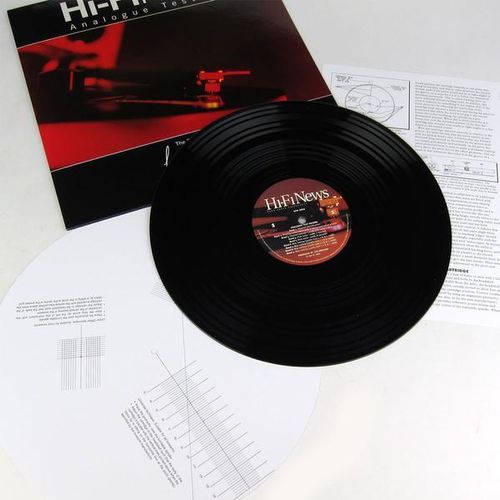 The 'Producer's Cut' is the successor to the original HFN Test LP, first pressed in 1996. Len Gregory, The Cartridge Man, who produced the original version, had over the years concluded that there were a number of improvements that could be made to his earlier work which in the four years since it's release had sold an amazing 10,000 copies around the world.

He went back to Graham Durham at The Exchange for a new recording session, to re-cut the original tracks, to add a frequency sweep track and to extend the Pink Noise tracks. Then it was off to Pallas in Germany to arrange for production, their best quality Audiophile pressing on 180gm virgin vinyl.
The resulting mechanical quality is excellent, flat, stable and quiet, everything that an audiophile pressing should be!

In total, there are now seventeen tracks. Side one covers channel identification and phasing, pink noise, and bias settings (Four tracks at increasing amplitudes). Side two contains tracking ability bands at the outside, middle and inside of the disc, cartridge/arm resonance and alignment tests, full frequency (20Hz-20Khz) test and a residual noise test. All bands are separated by locked grooves.

The package is completed with the inclusion of a unique, multi-discipline, alignment protractor, a truly universal device that can be used to set up all sizes and types of arm to fine degrees of accuracy, a reprint of the seminal article by John Crabb on the theory and practice of arm/cartridge alignment, and copious sleeve notes to take the user through the set up procedure step by step. 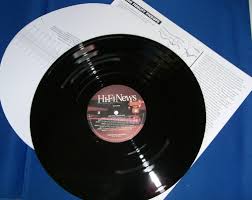 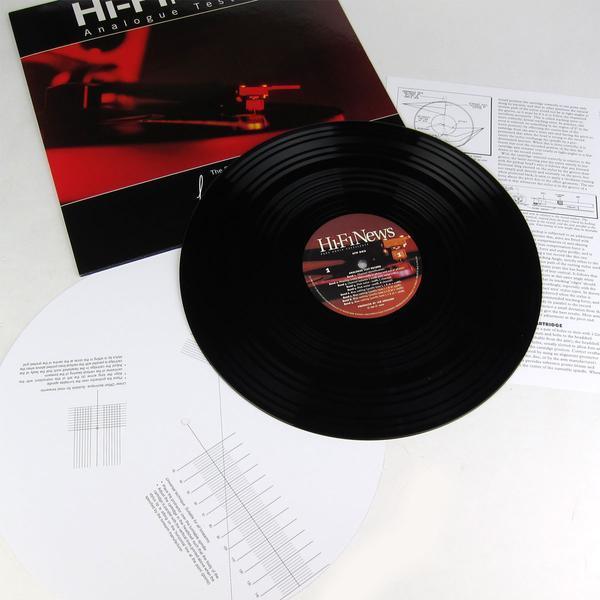 So nothing very interesting to listen to, but an essential part of any record collection. I'd go as far as to say that this disc is as useful as an alignment gauge or a stylus pressure gauge and we know that no vinyl nut would be without either of those. For the cost of a full price CD it would be foolish to let the sound of your expensive turntable be well below par.TNT Review

Arguably the best turntable setup record on the market, the HFN test LP has sold over 10,000 copies since 1996. In 2002 Len Gregory aka the cartridge man decided to update the original release and returned to the Exchange studio for a new recording session. The album was re-cut along with a new frequency sweep test and improved pink noise tracks and dubbed 'The Producers Cut' As a satisfied user of the original HFN test record I was looking forward to the release of the latest version and wasn't disappointed. The new protractor is a joy to use, and while the tests are pretty much as before, the pressing I received is of a much higher quality with lower background noise than previously. Highly recommended VinylEngine

This is the one record no analog system should be without. Featuring two full sides of excellent tools, the HiFi News Test LP is the best investment you can make. With tracks for testing everything from channel balance to azimuth, the HiFi News Test LP offers simple to use and comprehensive tests to allow everyone from analog newbies to record collectors get the most out of their Vinyl Collection.

SIDE ONE
Track 1: Channel Identification: Voice on Left channel then on Right channel
Reversing left and right channels is one of the most common mistakes in an analog rig. If the channels are reversed, imaging, depth and dynamic range suffer. This track ensures the most basic test for a high performance system is covered.

Track 2: Phasing: Voice alternately "in phase" and "out of phase"
Reversing the cartridge leads is the second most common mistake made in an analog rig. Miswiring the phase at the cartridge destroys imaging, space, depth, bass extension and overall system gain. This track offers easily  cues to highlight phase inaccuracies.

Tracks 3, 4, 5: Channel Balance: -20db pink noise tests
These three tracks provide mid-range weighted random noise to ensure tonal balance is set correctly. When listening, neither the left nor the right speaker should be louder. Track 3 is pink noise in both channels, Track 4 is Left only and Track 5 is Right Only. Check these tracks before moving on to the Bias tracks. (NOTE: Test Cut 4 and 5 for use with the Fozgometer Azimuth Device)

Tracks 6, 7, 8: Bias setting: 300Hz tone, both channels at +12dB, +14dB, +16dB, respectively
These tracks are for setting anti-skate. If the 300Hz test tone is heard distorting or buzzing on either channel, then the anti-skate function needs to be adjusted. Each successive track is more difficult for the arm and cartridge; increasing tracking force towards the top of the cartridge's recommended range will assist in properly resolving these tracks.

Track 9: Bias setting: 300Hz tone, both channels +18dB
This track stands alone as perhaps the most difficult track for a cartridge to track cleanly. Although it's only 2dB higher than track 8, this track is perhaps the most famous of the four, as only the very best gear and alignments can pass it unscathed. For those with more modest gear, results from this track should be taken with a grain of salt.

SIDE TWO
Tracks 1, 4, 8: Tracking ability: 300Hz tone, both channels +15dB
These three tracks contain identical information, which enables testing of the consistency of the cartridge's track across the entire surface of the record. These tracks - outside, middle and center - are designed to be used together, making sure that the cartridge sounds the same in all three positions. These tracks are also great for checking anti-skate and tracking force settings. Consistency is the key with these three tracks, if all three are spot-on, then most records should sound great.

Track 5: Cartridge alignment test: 300Hz, both channels +6dB
Ideal playback occurs when the stylus is exactly perpendicular to the record, this track tests the cartridge’s azimuth adjustment. When this track is played back in stereo, there will be identical output from both speakers, however, when the output is switched to mono, both tracks should cancel each other out for, ideally, no output.

Track 6: Residual System Noise Test
There’s nothing in this groove, this track is completely unmodulated. Played back at normal listening levels the stylus will highlight any noise created by the analog rig; a worn bearing, noisy motor or poor vibration control. Playback of this track should be completely silent.

Track 7: Full Range Frequency System Check: Both Channels, 20Hz -20KHz, Sweep
This track will give your system a real workout, as the deepest bass swells up to the highest of highs.  Listen carefully for resonance within the system and in the room. 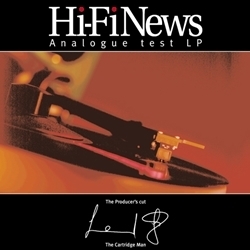 TEST LP Ideal for use with